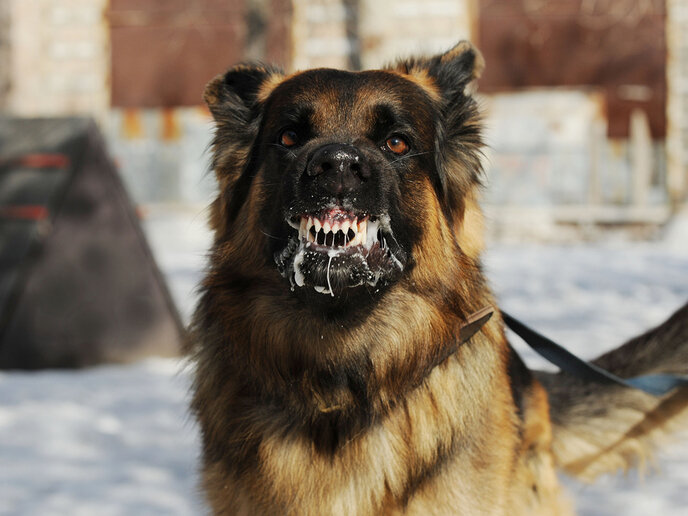 Why haven’t we eradicated rabies yet?

Despite effective vaccines, the rabies virus kills around 59,000 people a year. We asked medical anthropologist Deborah Nadal why the disease is still a threat.

Rabies is the deadliest viral disease that humans face. Untreated, it is always fatal. The majority of victims live in poor communities in Asia and Africa, where it is transmitted through the bites of infected dogs in most cases.

Epidemic surveillance is difficult. The incubation period can range from a week to over a year. And without a cure, many families decide not to hospitalize bite victims, which means they don’t enter the surveillance system.

Rabies was not even considered a notifiable disease in some countries until last year. “For public health authorities in poor areas, investing in rabies surveillance does not seem cost-effective. Even when cases are registered locally, the sharing of accurate data with central authorities is often not there,” says Nadal.

Diagnosis is also difficult. Only when the virus reaches the brain and symptoms appear can it be conclusively diagnosed, and at this point the disease is invariably fatal. “We think of classic symptoms like a foaming mouth, but the range is actually wide and can lead to misdiagnosis,” Nadal adds.

To prevent the onset of rabies, a bite victim must go to a clinic for treatment within 24 hours, which can be difficult for the rural poor. There are often not even the resources to confirm rabies post-mortem, and families frequently refuse autopsies for religious or cultural reasons.

Could rabies be eliminated in dogs? Livestock vaccination is routine in many countries, but dogs are often considered economically unproductive and unworthy of the effort.

“To work, you need a dog vaccination coverage of 70%, but this requires commitment, resources and good organization, and must be maintained over at least 5 years,” notes Nadal. This is out of reach for many health authorities.

As a medical anthropologist, Nadal is particularly interested in the role that culture and religion play in determining the value of dogs in society, despite the risk they pose.

She found that some Indian communities resist vaccinating dogs because dogs are seen as emissaries for deities, while some African societies resist vaccination because they fear their hunting dogs will lose their prized aggressiveness. In some Muslim countries, dogs are considered unclean and therefore it is not advisable to handle loose dogs.

But with such high death rates, why didn’t the rage just burn out?

“The reproduction number of rabies is quite stable at around 1.2, which means that on average, each infected animal will infect 1.2 others,” says Nadal. “The perfect balance between high case fatality rate and low reproduction rate allows the virus to survive.”

Additionally, because rabies affects many different animals, the virus has a wide range of reservoirs in which various strains evolve.

What’s the next step for rabies prevention?

“It’s a vicious circle, the absence of data triggers the assumption that there is no problem, which makes advocacy difficult. We have some catching up to do,” says Nadal.

Still, the successes of oral dog vaccination and vaccines that do not rely on the cold chain give cause for optimism. Nadal also cites the employment of lay vaccinators in remote communities, as well as the integration of livestock and dog vaccination.

“We can achieve effective control of canine rabies and thus eliminate deaths from human rabies. We have the tools to do it,” concludes Nadal.

This document is subject to copyright. Other than fair use for purposes of private study or research, no
any part may be reproduced without written permission. The content is provided for information only.