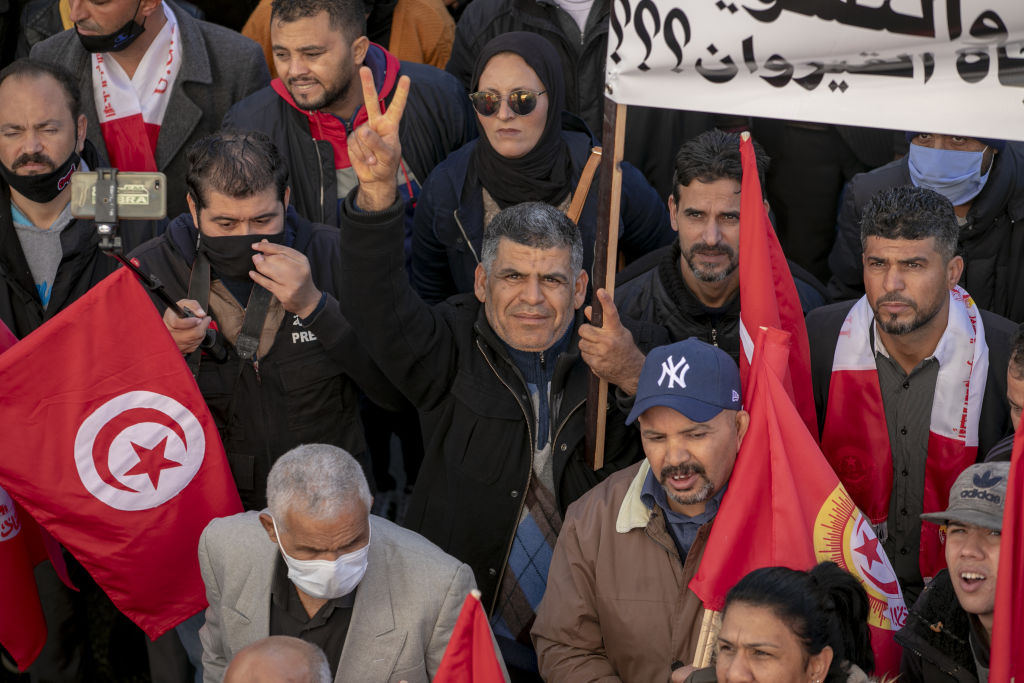 The overhaul of the Arab working class

First of all, Egypt and Tunisia are very different, because in Egypt the Egyptian Trade Union Federation was created by the state in 1957, five years after the military coup that brought Gamal Abdel Nasser to power. . Nasser had until then refused to authorize a national trade union federation. From that time to this day, the Federation of Egyptian Trade Unions has effectively been an arm of the state apparatus.

Therefore, every strike that has occurred in Egypt since the late 1990s, except for one or two, has been a wildcat strike in Anglo-American terms, that is, they were all organized locally in the workplace by leaders who had emerged from various struggles. It was very encouraging, because it meant that there was a huge movement of workers’ struggle organized locally and democratically. More than 2,700 strikes were recorded in Egypt from 2004 until the overthrow of [Hosni] Mubarak. This is in addition to an already very high strike rate since the end of the 1990s.

All this was almost completely repressed in the aftermath of the military coup of July 3, 2013 which finally installed the head of the armed forces, Abdel Fattah el-Sisi, in power. He is now President of Egypt. There was a wave of strikes in the six months after Sisi came to power. But due to censorship, there has been virtually no news of any work activity in Egypt since late 2015.

Looking at everything that has happened in Egypt over the past fifteen years, what we see is a very impressive social movement of workers from below, which seemed to have a lot of democratic and even revolutionary potential, which was completely repressed.

Looking at everything that has happened in Egypt over the past fifteen years, what we see is a very impressive social movement of workers from below, which seemed to have a lot of democratic and even revolutionary potential, which was completely repressed. It has to do with the incapacity of the workers – and it’s not due to a “lack of leadership” fault or something like that; the circumstances were very, very difficult – to coordinate beyond a single workplace.

For example, efforts were made to set up a coordinating committee for the ten textile factories in the Nile Delta, and this simply could not be done. Workers had one day off per week, travel was difficult, expensive and inconvenient. People were going to be monitored by the internal security apparatus. It was too much of a task. So that’s where we are now in Egypt.

Tunisia is a whole different story because there, the national trade union federation, known by its French acronym, UGTT, was created a decade before Tunisia’s independence in 1956. It was the main social base of the main party. independence. Its field of action was severely limited by [Habib] Bourguiba, the first Tunisian president, when he adopted a more autocratic leadership, and ultimately even more by his successor Ben Ali, who was ousted in 2011.

But the union was still there and still legal. He always fought for workshop problems, wages, working conditions, etc. He had enormous legitimacy when the national uprising began in Tunisia.

They opened their offices to protesters. They helped them make banners and placards and gave them logistical advice, and ultimately the UGTT provided the kind of alternative national organizational and logistical framework for the uprising that did not exist in Egypt. When [Zine El Abidine] Ben Ali, the autocratic president, was ousted in January, three members of the UGTT were appointed ministers in a new transitional cabinet.

Then there was an objection from the social movement which had ousted Ben Ali that some members of this cabinet were senior officials of the previous ruling party. UGTT members resigned, and they did so twice. The trade union federation as a national bloc had a lot of influence in the early days of the post-Ben Ali period.

In the end, it was the UGTT that insisted that the impasse of the constitutional congress established to draft a new constitution for Tunisia be lifted. They joined the bar, the employers’ association and the Tunisian Human Rights League and told the political parties to unite – and they did.

Therefore, Tunisia has, nominally at least, the most democratic constitution in the Arab world. It does not say anything about the validity of Sharia law in Tunisia. He says that men and women have the same rights. Of course, a lot of things in the constitution are not fully implemented in practice, as is often the case. But it is nevertheless an important achievement.

The UGTT and, more importantly, its constituent unions, especially unions like the primary and secondary teachers’ unions, have been very militant since the ouster of Ben Ali in 2011. Today, however, the Tunisia is facing an economic crisis. The government simply does not have enough money to complete the current budget year. It is negotiating for the second time with the International Monetary Fund (IMF) a new loan.

The IMF will seek to impose, as it always does, conditions that will limit government spending, i.e. wage freezes for public sector workers, who still represent a sizeable proportion of the workforce. salaried work. The third government of this year was recently installed and the UGTT is negotiating with this government, which will likely resolve these negotiations with a modest wage increase for at least some workers.

All the legal political parties were weakened in Tunisia and lacked the confidence of any group of workers or any other social group. The only partial exception was the Communist Workers’ Party.

This is important because inflation is now 17% per year, but there is no fundamental change in direction. This means that the UGTT will become complicit in all the neoliberal measures that the Tunisian government will be forced to accept in exchange for another IMF loan.

So things are not going well in Tunisia either, but they are still good, much better than in Egypt, because, despite all its problems, the UGTT exists. He has a certain autonomy vis-à-vis the regime. He enjoys a very high profile with the public, dating back to his role in the national movement of the 1940s and early 1950s. There is an organizational framework on which to build for future activities.