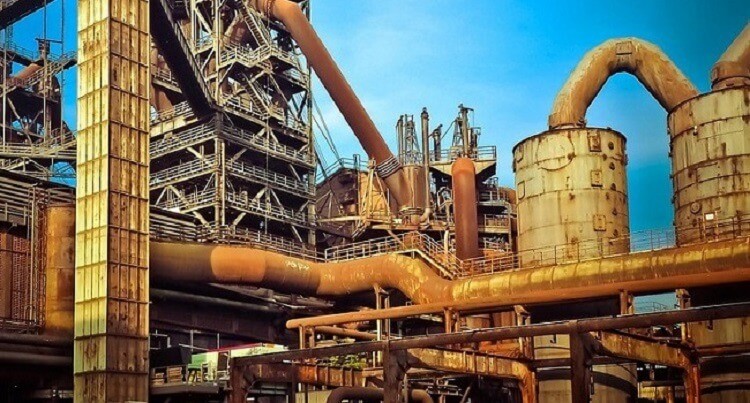 Nigeria’s quest for industrialization may remain a mirage for a long time to come, as there is a flood of evidence to suggest that the country is not ready to join the rest of the world in this all-important sector.

The sad state of the Nigerian iron and steel industry brings pain and disappointment to the mind of the patriot. The Ajaokuta Steel Company Limited (ASCL), perhaps the flagship of Nigeria’s $8 billion-plus steel-making bid, is rotting away as successive governments struggle to find what to do with it. topic.

The massive steel complex was built over 40 years ago with a road network of 68 km, 24 housing estates on the project. Some of the estates are said to have over 1,000 houses, a seaport, a 110 MW power station, there are 43 separate power stations in Ajaokuta alone. It is estimated that if Ajaokuta becomes operational, it will create 500,000 jobs.

According to the Executive Vice President of the National Agency for Scientific Engineering and Infrastructure (NASENI), Prof. Mohammed Sani Haruna, the problem started when priorities and processes were misdirected.

“Instead of starting with the billet plant that was supposed to process iron ore from Itakpe as raw material for the finished steel product, we started by importing billets. As far as I know, the heavy section and medium section billet mills were never completed and therefore throughout the brief operation of ASCL raw material from Itakpe or iron ore from any where in Nigeria it has never been used.

The boss of NASENI also revealed the international conspiracy with a local connection of course which made the project prostate.

Ajaokuta Steel which is said to have reached 98% completion as early as 1994, had not produced a single steel to date, even though the federal government had spent over $10 billion over 34 years and reportedly need an additional $2 billion to complete the other two per cent of the plant.

A report by the Central Bank of Nigeria (CBN) shows that Nigeria currently imports steel, aluminum products and associated derivatives worth about 25 metric tons annually, valued at $4.5 billion.

According to one researcher, “Nigerian iron has a very low iron concentration. Agbaja has the largest iron ore deposit in Nigeria with around 2 billion tons, but Agbaja iron ore has a high phosphate content. Phosphate can embrittle steel, causing it to fracture, which is why Agbaja was dropped for Itakpe.

“Itakpe iron ore has no problem with phosphate but has a low iron content, so to make steel with iron ore from Nigeria, a process called ‘beneficiation’ must be done to treat Itakpe ores to increase its iron content to meet the standard required for steel production.

Apparently, this process was never completed despite the establishment of the National Iron Ore Mining Company (NIOMCO), a 2.15 metric ton beneficiation plant designed to process low-grade iron ore from Itakpe into ore. of iron suitable for Ajaokuta Steel.

‘We’re not going to leave’: Volunteers hit back at England’s…