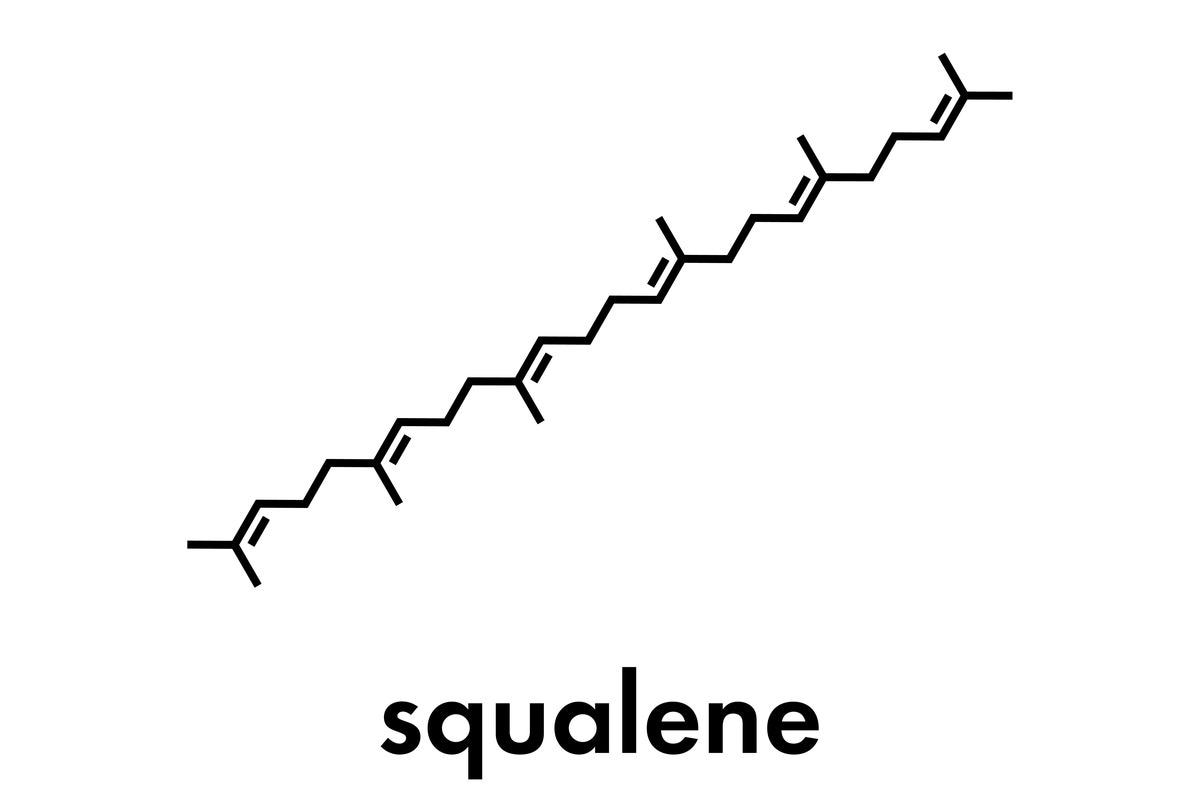 Squalene is mainly obtained from deep-sea shark liver oil, which accounts for 40-70% of liver mass. Each year, three to six million deep-sea sharks are killed by squalene due to its human health benefits, which has a massive negative impact on marine ecosystems.

To address this unsustainable approach, microbial sources of squalene could provide a credible solution to squalene of plant or animal origin, although only a few bacteria have been found capable of synthesizing up to 30% squalene from biomass. dries using native biochemical pathways. These squalene biosynthetic pathways, on the other hand, can be genetically engineered to turn microorganisms into squalene-overproducing “cellular factories.”

Squalene in microorganisms is a key factor in the generation of several sterols, such as ergosterol. At room temperature, squalene is a liquid that is released through the skin. It is a powerful natural antioxidant that prevents lipid peroxidation, which protects cells from free radicals and reactive oxygen species.

It has also been shown to suppress carcinogenesis in the colon, lungs and skin, as well as have chemoprotective and immunostimulant effects, which has attracted interest from the medical and pharmaceutical industries.

Squalene is the most common component in skin, along with polyunsaturated fatty acids, and is often used in skin care products for its antioxidant and moisturizing characteristics.

Squalene is found in trace amounts in most foods, with the exception of a few plant species. Olive oil has a higher concentration of squalene compared to other crops, with 200 to 700 mg/100 g of biomass. Amaranth seeds are another valuable source of squalene, however, only 4-6% of the seed biomass is oil. Also, before being harvested, both plant and animal sources must mature, which can take 6 months to a year. As a result, the productivity of plant-derived squalene is quite low.

Squalene biosynthesis has also been discovered in yeasts and fungi. On a dry weight per cell (CDW) basis, yeast and fungal species Saccharomyces cerevisiae, Torulaspora delbrueckii, Aspergillus nidulansand Saccharomyces uvarum synthesize respectively 1.6, 0.24, 0.3 and 14.3 mg/g of squalene. Sugar substrates allow Thraustochytrids to acquire squalene at a rate of up to 316.64 mg/g CDW.

Previous research suggests that optimizing bioprocess variables such as media and culture conditions can significantly improve cell proliferation and squalene content/yield in thraustochytrid strains. Moreover, it appears that the genetic modification of bacteria is the only technique to manufacture squalene on a large scale.

In a recent review published in Trends in biotechnologya team of authors examined possible genetic engineering approaches that could be used to adapt the metabolic processes of yeasts, bacteria, and thraustochytrids to optimize squalene synthesis.

The formation of squalene

Depending on the type of microbe, squalene can be produced by two distinct processes. The 2-C-methyl-D-erythritol 4-phosphate (MEP) pathway is used by bacteria and cyanobacteria, while the mevalonate (MVA) system is used by eukaryotes such as yeasts, fungi, microalgae, thraustochytrids, plants and animals.

One of the best-known species of microalgae capable of producing squalene is Botryococcus braunii. Several attempts to collect hydrocarbons and oils from this organism have been made, but these attempts have been hampered by the algae’s slow development and limited genetic mechanisms. Enzymes putatively involved in squalene synthesis, on the other hand, can be used for heterologous expression in other strains to increase squalene production.

Other cyanobacteria have also been genetically engineered to increase squalene production in several previous studies. A cyanobacterium, Synechocystis sp. PCC 6803, was designed to manufacture squalene from CO2. Squalene is produced in this organism via the MEP pathway for terpenoid biosynthesis, and it is then used for the formation of hopanoids by the enzyme squalene hopene cyclase (Shc).

Procedures for the separation of squalene from other lipids before further processing must be developed to allow its use in the sectors concerned. Few strategies to isolate squalene from total lipids, such as fractional crystallization and saponification, have been documented in the literature.

The separation of squalene from freeze-dried cells has previously been reported after saponification and extraction with n-hexane, with the use of a fractional crystallization technique in which the isolated total lipids were combined with methanol/acetone and maintained at 20oC for 30 hours, then filtered and washed with chloroform and methanol. Based on these findings, strategies to separate squalene from total recovered lipids and reuse residual lipids will be needed for the procedure to be economically viable.

To create viable metabolic engineering solutions, a deeper knowledge of biosynthetic genes and squalene formation pathways in thraustochytrids would be needed.