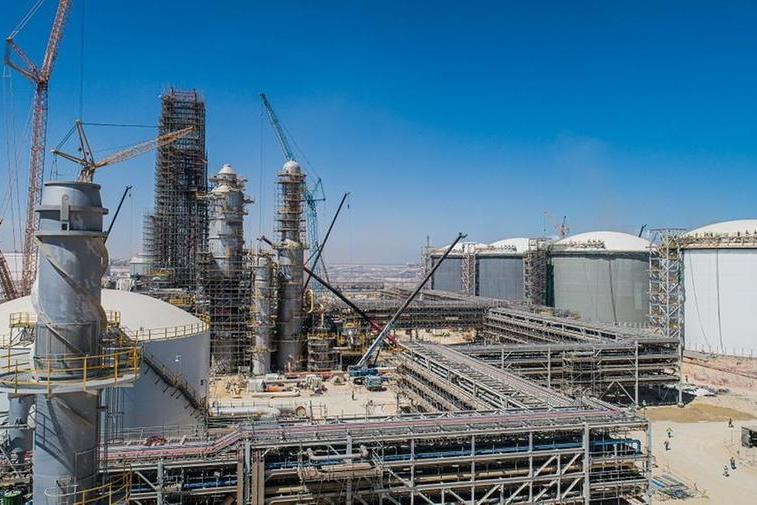 Saudi Arabian Mining Company (Ma’aden), the largest multi-product mining and metallurgical company in the Middle East, will export blue ammonia in an effort to support the global energy transition.

The announcement was made by HRH Prince Abdulaziz Bin Salman, Saudi Minister of Energy, at the Saudi Green Initiative Forum, held on the sidelines of COP 27 in Egypt.

Last month, Ma’aden was certified to export 138,000 tons of blue ammonia, one of the largest certified volumes in the world to date. The certifications were granted by TÜV Rheinland, an independent testing, inspection and certification agency based in Germany. The first shipment of 25,000 tonnes of Blue Ammonia will leave the Kingdom for South Korea this month.

As Ma’aden seeks to export minerals to support the energy transition, the company is also working to decarbonize its existing operations by implementing carbon capture technologies.

To this end, Ma’aden has signed a 20-year agreement with Gulf Cryo to build and operate a CO2 plant at its phosphate complex in Ras Al Khair. The new plant will capture 300,000 metric tons of CO2 emissions per year from Ma’aden’s three ammonia plants.

The CO2 will be used for industrial gas applications, replacing the use of fossil fuels, creating a circular carbon economy in Saudi Arabia.

Part of the CO2 will be distributed to International Maritime Industries (IMI), the largest shipyard in the MENA region. The rest will be used in industrial applications such as EOR (Enhanced Oil Recovery) and water desalination.

Commenting on the news, Robert Wilt, CEO of Ma’aden, said: “The decarbonization of ammonia production is an integral part of the global transition to net zero emissions. Ma’aden is well positioned to meet the growing demand for blue ammonia, exporting blue ammonia with minimal GHG emissions to markets around the world.

“The agreement with Gulf Cryo marks an important milestone on our journey to achieve net zero emissions by 2050 as Saudi Arabia’s National Mining Champion. This demonstrates our commitment to achieving the goals of the Saudi Green Initiative, in line with our aim to be a model for sustainable operations in the Kingdom. Carbon capture will further strengthen Ma’aden’s position as the world’s leading supplier of Blue Ammonia, a low-carbon approach to ammonia production,” he added.

Eng Hassan Al Ali, Executive Vice President, Phosphate, Ma’aden, added, “We are delighted to be one of the first certified producers of blue ammonia, with an agreement to export a significant volume soon after receiving our certificate. Additionally, our long-term agreement with Gulf Cryo will support Ma’aden’s sustainability strategy and our ambitions in the fertilizer market. By leveraging Gulf Cryo’s expertise, we will further decarbonize our fertilizer operations to help drive the global transition to net zero and improve our offering to the agricultural industry.

Amer Huneidi, President of Gulf Cryo, said, “We are delighted to have signed this partnership with Ma’aden. This agreement anchors our commitment to decarbonizing the region and supporting the Kingdom’s climate goals and localization goals.

Ammonia is an essential compound for several industries ranging from fertilizers to manufacturing. The ammonia market is valued at around $75 billion according to recent market research with a forecast CAGR of 8% through 2031. Blue ammonia is a compound composed of hydrogen and nitrogen that can be used to generate low-carbon energy, thus contributing to the energy transition. in a sustainable way.