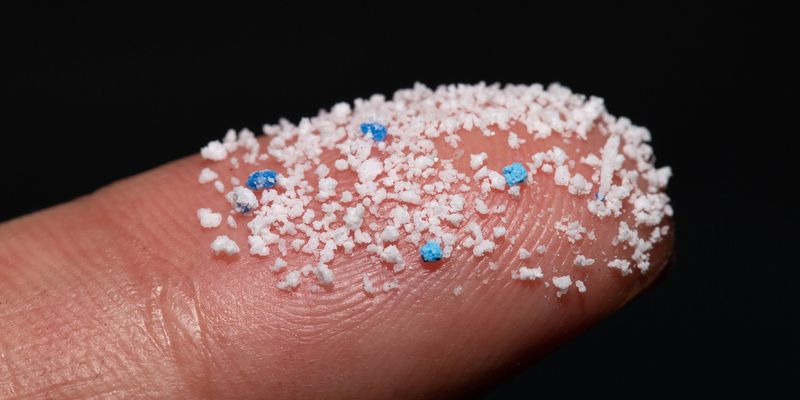 Researchers at Princeton Engineering have found a way to turn your breakfast foods into a new material that can cost-effectively remove salt and microplastics from seawater.

Researchers used egg whites to create airgel, a lightweight, porous material that can be used in many types of applications, including water filtration, energy storage, and sound insulation and thermal. Craig Arnold, Susan Dod Brown Professor of Mechanical and Aerospace Engineering and Vice Dean of Innovation at Princeton, works with his lab to create new materials, including aerogels, for engineering applications.

One day, sitting in a faculty meeting, he had an idea.

“I was sitting there looking at the bread in my sandwich,” Arnold said. “And I thought to myself, this is exactly the kind of structure that we need.” So he asked his lab group to make different carbon-mixed bread recipes to see if they could recreate the airgel structure he was looking for. None of them worked properly at first, so the team continued to weed out ingredients as they tested, until eventually only egg whites remained.

“We started with a more complex system,” Arnold said, “and we kept cutting, cutting, cutting, until we got to the core of what it was. These are the proteins in the egg whites that created the structures we needed.

Egg whites are a complex system of nearly pure proteins which, when freeze-dried and heated to 900 degrees Celsius in an oxygen-free environment, create a structure of interconnected strands of carbon fibers and graphene sheets. In an article published in Materials today Arnold and his co-authors showed that the resulting material can remove salt and microplastics from seawater with 98% and 99% efficiency, respectively.

“Egg whites worked even if fried on the stove top or whipped first,” said Sehmus Ozden, the paper’s first author. Ozden is a former postdoctoral research associate at the Princeton Center for Complex Materials and now a scientist at the Aramco Research Center. While store-bought egg whites were used in the initial tests, Ozden said, other similar commercially available proteins produced the same results.

“Eggs are cool because we can all connect to them and they’re easy to get, but you have to be careful not to compete with the food cycle,” Arnold said. Because other proteins have also worked, the material can potentially be produced in large quantities relatively inexpensively and without impacting the food supply. A next step for the researchers, Ozden noted, is to refine the manufacturing process so it can be used in water purification on a larger scale.

If this challenge can be solved, the material has significant advantages as it is inexpensive to produce, energy efficient to use, and highly efficient. “Activated carbon is one of the cheapest materials used for water purification. We compared our results with activated charcoal, and it’s much better,” Ozden said. Compared to reverse osmosis, which requires a large energy input and excess water to operate, this filtration process only requires gravity to operate and wastes no water.

Although Arnold sees water purity as a “great big challenge”, that’s not the only potential application for this material. It also explores other uses related to energy storage and insulation.

The research included contributions from the chemical and biological engineering and geoscience departments at Princeton and elsewhere. “It’s one thing to make something in the lab,” Arnold said, “and it’s another to figure out why and how.” Collaborators who helped answer the why and how questions included Professors Rodney Priestley and A. James Link of Chemical and Biological Engineering, who helped identify the mechanism of egg white protein transformation at the molecular level. Princeton colleagues in geosciences participated in the water filtration measurements.

Susanna Monti from the Institute of Chemistry of Organometallic Compounds and Valentina Tozzi from Instituto Nanoscienze and NEST-Scuola Normale Superiore created the theoretical simulations that revealed the transformation of egg white proteins into airgel.

The article, “Ultralight Hybrid Monolithic Airgel Derived from Egg Protein for Water Purification“, was published in the journal materials today. Besides Arnold, Monti, Ozden, Priestley, Link, and Tozzi, the authors include Nikita Dutta, a former graduate student in mechanical and aerospace engineering who is now at the National Renewable Energy Laboratory; Stefania Gill, John Higgins and Nick Caggiano of Princeton University; and Nicola Pugno from the University of Trento and Queen Mary University of London. Support was provided in part by the Princeton Center for Complex Materials and the US National Science Foundation.

– This press release was originally published on the Princeton University website