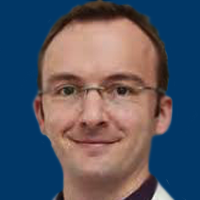 ReFocus validates RLY-4008 as an active agent for FGFR2+ cholangiocarcinoma

High response rates and encouraging durability support RLY-4008 as a transformative treatment option for patients with FGFR inhibitor naïve cholangiocarcinoma harboring a FGFR2 fusion or rearrangement, based on data from the Phase 1/2 ReFocus trial (NCT04526106).

Preliminary data presented at ESMO 2022 showed that treatment with the next-generation inhibitor elicited an investigator-assessed objective response rate (ORR) of 88.2% (CI to 95%, 63.6% to 98.5%) among 17 patients treated with the recommended phase. 2 dose (RP2D) of 70 mg orally once daily. All patients had radiographic tumor shrinkage at this dose level and 15 patients had continued responses and remain on treatment. Partial responses (PR) were reported in 82.4% of patients, unconfirmed PR was reported in 5.9% of patients, and stable disease (SD) was reported in 11.8% of patients, none patient with no progressive disease (PD). The disease control rate (DCR) was 100% (95% CI, 80.5% to 100%).

Among responders who remain on treatment, 71% had a continuous response with a median time to response of 1.8 months. The median duration of exposure was 5.5 months (range

“RLY-4008 is the first highly selective and irreversible inhibitor designed to target oncogenic agents FGFR2 driver alterations and resistance mutations,” said Antoine Hollebecque, MD, in a presentation of the data. “These results suggest that RLY-4008 has the potential to transform the cholangiocarcinoma treatment paradigm and strongly support the seamless expansion of ReFocus with registrational intent.” Hollebecque is head of the conventional hospital in the drug development department at the Gustave Roussy cancer center in Villejuif, France.

“First-line treatment with gemcitabine and cisplatin-based chemotherapy has significant toxicity and limited efficacy with a median progression-free survival of 6 to 8 months and an overall survival of less than 8 months,” explained Hollebecque.

FGFR2 fusions and rearrangements result in a subset of cholangiocarcinomas, comprising approximately 10% to 15% of intrahepatic cholangiocarcinomas, that may benefit from a pan-EGFR inhibitor. As second-line or later, pan-FGFR inhibitors such as infigratinib (Truseltiq), pemigatinib (Pemazyre), and futibatinib provide an objective response in 20% to 40% of patients, with a duration of response of 5 at 10 months, Hollebecque says, noting that resistance mechanisms and toxicities limit their benefit in this population.

“RLY-4008 is designed to target FGFR2Thanks to the unique conformational dynamics of FGFR2, these novel mechanisms enable potent and highly selective inhibition of FGFR2 alterations and resistance mutations,” said Hollebecque.

ReFocus is a Phase 1/2 dose escalation and dose expansion trial of RLY-4008 in patients with FGFR2 alterations in cholangiocarcinoma or other solid tumors. The dose escalation phase is complete, with RP2D 70mg being evaluated in the ongoing Phase 2 expansion phase, which was launched in December 2021. Seven cohorts are included in Phase 2 in function of FGFR2 alteration and pre-treatment.

The main objectives of phase 2 of the trial include ORR and DOR by an independent review committee.

Efficacy analysis included patients naïve to FGFR inhibitors and treated in Phases 1 and 2 of the study with at least 2 tumor assessments to confirm response or who discontinued treatment with less than 2 assessments .

“Side effects [AEs] are low quality, manageable and largely reversible,” said Hollebecque. He added that this indicates selective inhibition of FGFR2 and sparing of inhibition of FGFR1 and FGFR4, which are associated with toxicities such as hyperphosphatemia and diarrhea, respectively.

Treatment-related AEs leading to dose interruption or reduction were reported in 42% and 27% of patients, respectively, in the RP2D cohort and in 47% and 33%, respectively, in the all-dose cohort. One patient discontinued treatment with RP2D and 2 patients discontinued treatment in the all-dose cohort due to hypersensitivity and retinal pigment detachment, both of which resolved.

In terms of pharmacokinetics, the maximum concentration was observed after 4 hours and the effective half-life of RLY-4008 was 23 hours. Hollebecque noted that the RP2D dose provided continuous coverage of the FGFR2 target.

Pharmacodynamic data showed that serum phosphate remained normal over time at the RP2D dose and at all dose levels. “Together, these data indicate that RLY-4008 targets FGFR2 without inducing FGFR1-related hyperphosphatemia,” Hollebecque said.

“ReFocus validates this novel mechanism of action and supports accelerated development [of the agent]“, concluded Hollebecque.