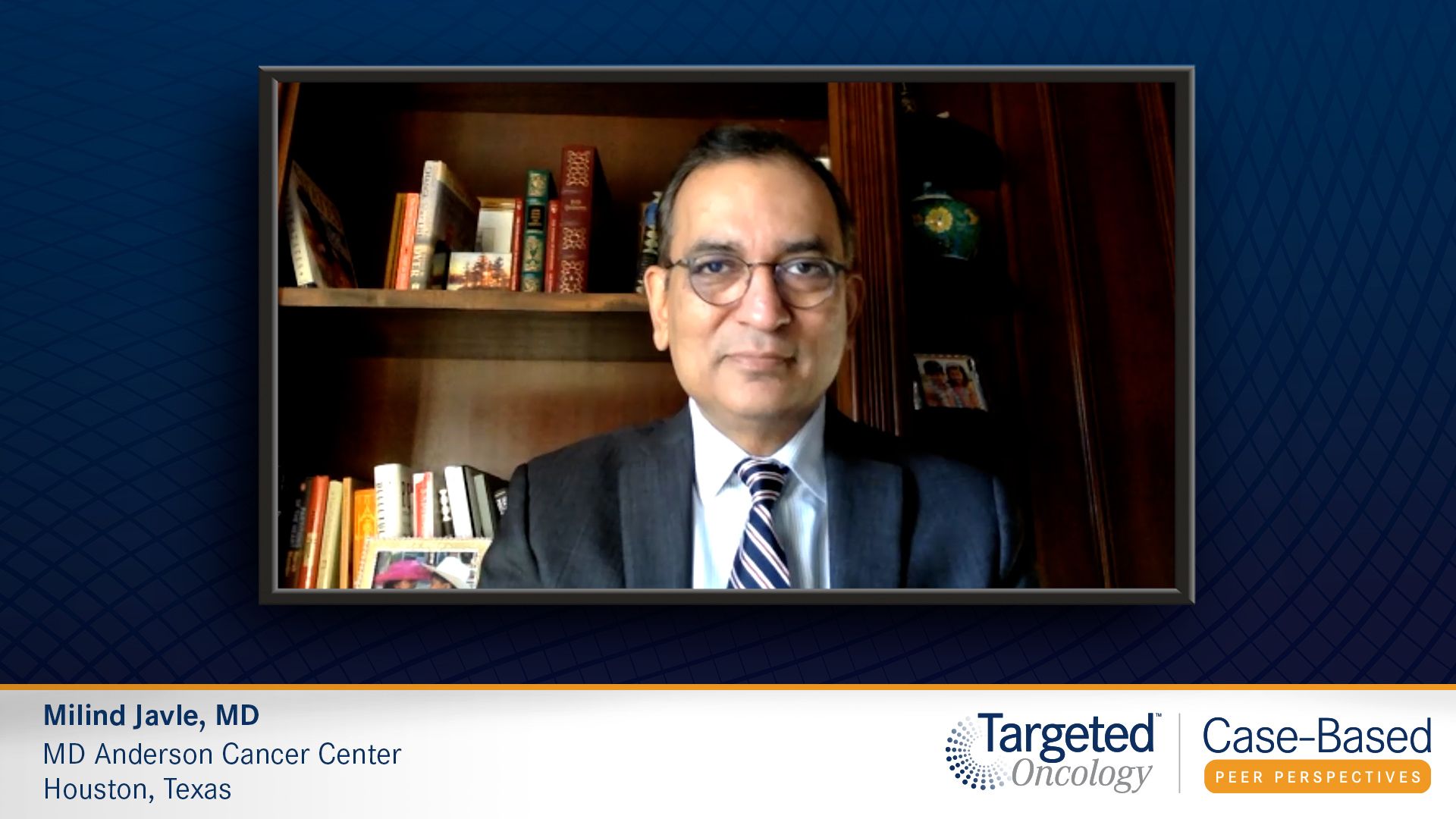 Milind Javle, MD: In this pivotal infgratinib trial, recruited patients were treated extensively. In fact, only about a third had received 1 line of prior therapy, and the rest had received 2 or more lines of therapy. This was a heavily pre-treated population. They were treated with infigratinib, 125 mg per day for 3 weeks, 1 week off. The overall response rate in the trial was 23%. Interestingly, we noted that patients who received fewer lines of treatment had a better response rate compared to those who received 2 or more lines of treatment. Progression-free survival in this trial was 7 months, duration of response was 5 months, and overall survival extended beyond 12 months; it was a pivotal and positive trial. I just described the results of FOLFOX [folinic acid, fluorouracil, oxaliplatin] standard chemotherapy, which is relatively poor in comparison. As a result, this drug has obtained expedited approval from the FDA. The Fast Track Approval Mechanism is a conditional approval that requires a subsequent Phase 3 trial, which is ongoing at this time. This is called the PROOF test. Patients who have not received prior chemotherapy, treatment naïve patients, are treated with infigratinib vs gemcitabine and cisplatin as the first line. We are still awaiting the results of this trial, but it is very exciting that patients like the one described now have an FDA-approved option for the treatment of cholangiocarcinoma with infgratinib. This is now known as Truseltiq, which was only the second drug to be approved by the FDA for cholangiocarcinoma. It is certainly a historic event for the treatment of this disease.

At our institute, we were one of the primary sites for the CBGJ398X2204 trial which included infigratinib. We have treated several patients with this therapy. Most of these patients did quite well with progressive disease or partial responses. Some toxicities are encountered with this drug, but in general they are manageable. The most common toxicities include hyperphosphatemia or elevated phosphate levels, which should be carefully monitored and sometimes treated with dietary phosphate restriction and chelating agents. Other toxicities include anorexia, taste alteration, mucositis. There is a very low incidence of diarrhea, alopecia. The 2 important toxicities to watch out for are ocular. The most common eye toxicity is dry eye, but there are serious eye toxicities, including retinal pigment epithelial detachment and central serous retinopathy. These are again rare and mostly grade 1 or 2, but should be carefully monitored and monitored.