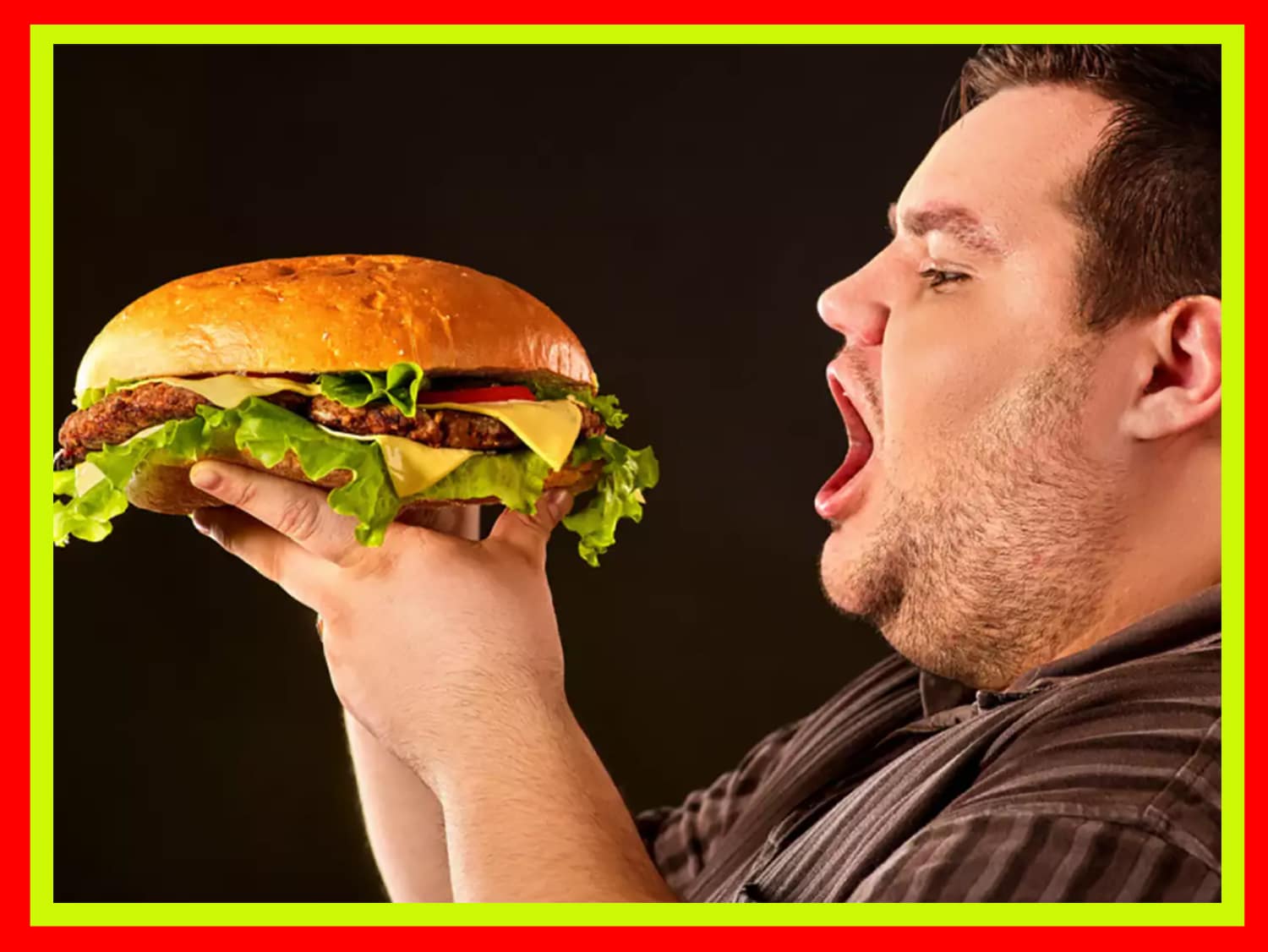 How fructose contributes to obesity

The new study builds on a 2019 review of the effect of HFCS on colorectal cancer. This examination discovered a molecular mechanism by which fructose stimulates the growth of tumor cells. Therefore, the study that followed focused on the impact of fructose on non-cancerous intestinal cells.

Millions of tiny, hair-like protuberances called villi line our small intestine. Villi, among many functions, absorb nutrients from food. The first finding of the new research, published in the journal Nature, was that mice fed diets high in fructose had 40% longer villi than animals, not fed on fructose. Further investigation revealed that mice with these longer villi gained more weight on a high-fat diet than those fed no added fructose.

In mammals, especially mammals that hibernate in temperate climates, fructose is widely available during the fall months when the fruit is ripe. So eating a lot of fructose can help these animals absorb and convert more nutrients into fat, which they need to get through the winter.

However, the problem that arises in humans is the overconsumption of fructose in sweeteners like high fructose corn syrup. “Fructose by itself is not harmful. It is a problem of overconsumption. Our bodies were not designed to eat as much of it as we do, ”explained lead author Marcus DeSilva Gonçalves.

This is not the first study on the potential damage caused by overconsumption of fructose. For example, a 2019 study looked at the influence of a high fructose diet on the body and found that consuming high levels of fructose inhibits the liver’s ability to properly metabolize fat, leading to greater buildup of fat. fat. However, this effect was not observed with glucose.

Although the new study requires further investigation before the results are confirmed in humans, Goncalves is confident that the results could potentially lead to new methods of treating obesity and colorectal cancers once validated in the human body. ‘man.

There are already drugs in clinical trials for other purposes that target the enzyme responsible for the production of fructose-1-phosphate. We hope to find a way to reuse them to shrink villi, reduce fat absorption, and eventually slow tumor growth.

A new anti-obesity drug, currently in clinical trials, could help reduce obesity by neutralizing asprosin with monoclonal antibodies to break the cycle of appetite and weight gain.

Scientists at the Harrington Discovery Institute in Ohio at Cleveland University Hospitals have studied the link between metabolic syndrome and an essential hormone. They demonstrated how a new drug could play an important preventive role in various conditions.

While experiments were conducted on mice, researchers are optimistic about the drug’s potential in humans. The new drug could suppress appetite and blood sugar and prevent obesity and diabetes. The research focused on a hormone called asprosine, which the team had previously found to play a regulatory role in appetite and blood glucose and insulin levels.

Previous experiments revealed that people with lower asprosin levels had decreased levels of hunger and, on the contrary, its levels were much higher in people with metabolic syndrome, conditions such as high blood pressure, obesity and insulin resistance which combine to increase the risk. stroke, heart disease and diabetes.

In 2016, we discovered a hormone called asprosine, which stimulates appetite and increases blood sugar by acting on the hypothalamus and the liver. Unfortunately, for unclear reasons, asprosin levels are elevated in patients with metabolic syndrome, resulting in increased appetite, body weight, and blood sugar. We have found that we can break this disease cycle by neutralizing asprosin with monoclonal antibodies.

When the mice were treated with monoclonal antibodies that neutralize asprosin, they ate less, lost weight, and their blood sugar levels returned to normal. High appetite, body weight and blood sugar are three essential characteristics of metabolic syndrome, and they have all been corrected with these antibody treatments.

We already know what happens to humans when asprosin is low. It is a very privileged situation in biomedical science because of the confidence it creates in drug development. Many drugs are successful in mice but fail in humans. In this case, knowing that low-asprosine humans have reduced appetite, body weight, blood sugar, and insulin is extremely helpful in designing and developing drugs to mimic this beneficial effect in patients with metabolic syndrome.

The potential therapeutic use of the scientist’s eyes with monoclonal antibodies in the future. But first, they will need to adapt the drug for use in humans, which will involve determining the ideal dosage to limit unwanted effects.

The progress towards clinical trials and the preparation of the drug for humans is the last piece of the puzzle. We want to keep the dose of the drug low and don’t want side effects. While we are familiar with this concept and this drug works, our next step in the process is to make it better and ready for humans.

Interestingly, being overweight has some benefits, but not many. Therefore, in the end, it is healthier to be in shape than to be overweight.

Over 15 years ago, scientists noticed something unexpected in hemodialysis patients for chronic kidney disease. In various studies, overweight or slightly obese patients have shown better survival rates than those at a healthy weight. The phenomenon has come to be known as the “obesity paradox”, leaving scientists perplexed as to what could be causing it.

A recent study, published in Cell Metabolism, adds weight to the obesity paradox hypothesis, finding correlations between obesity and short-term protection against cardiovascular disease. This obesity paradox remains a mystery, but researchers at the University of Texas Southwestern Medical Center (UTSW) have discovered a possible mechanism behind it.

Fat tissue usually stores extra calories as fat, but metabolic stress can cause this tissue to malfunction over time. Therefore, lipids are more likely to build up in organs like the liver, heart or kidneys, causing a condition called lipotoxicity which can lead to various health problems. However, oddly enough, lipotoxicity has no concrete relation to obesity – some even claim that obesity can protect against this damage, at least temporarily.

The UTSW team tested the phenomenon in mice that were designed to have their adipose tissue dysfunctional faster, and then fed them a high-fat diet. Researchers have found that fat cells give off a “distress signal” when they become dysfunctional, to which the heart subsequently responds with a lasting and robust defense.

One indicator of dysfunctional fat tissue is that mitochondria (the energy-producing structures in cells) shrink and die. The team found that fragments of these dying mitochondria were released into the bloodstream of the animals. Once these fragments reach the heart, they activate oxidative stress, which damages organs. As a result, heart cells generate antioxidant molecules to protect organs from damage.

This powerful protection can play a vital role in the obesity paradox. Researchers tested its potency by injecting mice with molecules containing dying mitochondria, which then caused a heart attack. The results showed that the mice that received the injections had considerably less organ damage than the mice that did not receive the doses. “The mechanism that we have identified here could be one of the many mechanisms that protect the heart from obesity,” said Philipp Scherer, lead author of the study.

Follow-up exams checked for signs of this process in human patients. In addition, the UTSW team analyzed fatty tissue samples from obese patients and found that they also released particles including dying mitochondria, meaning it could potentially be adapted into a treatment to prevent heart damage. “By better understanding the distress signal from fat, we may be able to harness the mechanism to improve heart health in obese and non-obese people,” concluded Dr. Clair Crewe, co-lead author of the study.