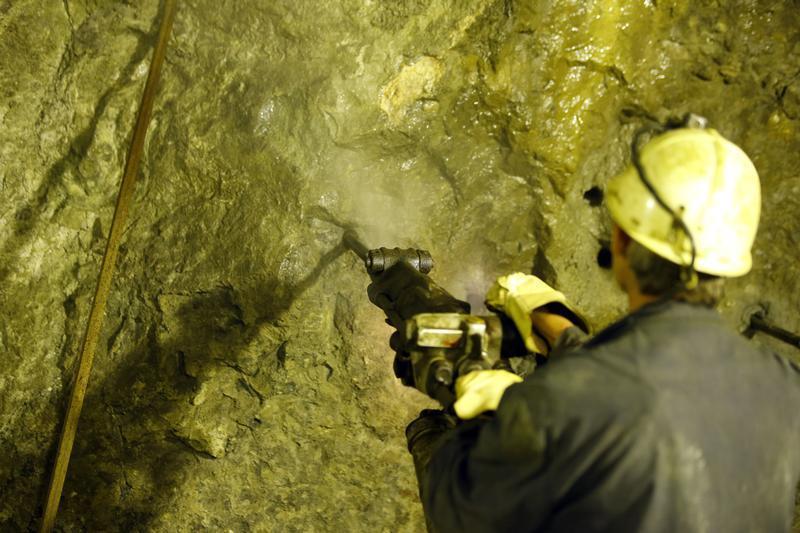 AMMAN – The Ministry of Energy on Sunday signed two memorandums of understanding, the first with the Jordanian integrated company to explore copper in the Dana region, and the second with the Turkish “Solvest Trade and Industry Limited Company” to explore gold to Abu Khashiba. southern region of Jordan.

In a press release after the ceremony, Kharabsheh said the Memorandum of Jordanian Integrated Society will last for 16 months.

He pointed out that the memorandum stipulates the exploration and extraction of copper in an area of ​​78 square kilometers, stressing that the mining area is located away from areas of great environmental concern in the reserve.

During the 16-month period, the company will carry out an exploratory study followed by an economic feasibility study.

Regarding the memorandum signed with the Turkish company, Kharabsheh pointed out that the memorandum is the second of its kind binding the ministry and Solvest, which stipulates the exploration and extraction of gold in the Abu Khashiba Valley, as part of the ministry’s efforts to strengthen Jordanian mining. sector.

Solvest will operate in an area of ​​155 square kilometers. The company stressed the importance of the memorandum in expanding the use of the Kingdom’s natural resources to boost the national economy and create employment opportunities for local communities.

Minister Kharabsheh added that the ministry had previously signed a memorandum of understanding with Solvest to explore for copper in the Abu Khashiba area, having rehabilitated it and obtained the appropriate approvals, noting that the company has now committed to adhere to the work schedule specified in the Memorandum of Understanding. .

Chairman of the Jordanian Integrated Society, Ziad Manaseer, expressed the company’s willingness to cooperate with the ministry to support the national economy and help reduce unemployment rates.

He added that given the early results of copper deposits in the region, this project puts the Kingdom on the map of global mining investments, adding that Jordan’s fertile environment and natural reserves are an important part of its progress. .

The Ministry of Energy and Mineral Resources has recently signed a number of memorandums of understanding for the exploration of mineral resources, focusing on manufacturing industries, strengthening the national economy, increasing opportunities for employment and improving the standard of living of local communities.

For example, Kharabsheh launched a phosphate ore exploration project in the Al Ruwaished region in December 2021, and in January 2022 the ministry signed a memorandum of understanding to explore for rare earth elements and minerals. strategic locations in the Dbeidib region in southern Jordan.

The Ministry of Energy and Mineral Resources and Turkey’s Solvest Trade and Industry Limited Company signed a Memorandum of Understanding last April to explore for copper ore and associated minerals in the southern region of Ghor Fifa and Abu Khashiba Valley.

The ministry has also launched a platform to facilitate investment procedures related to mineral resources within the second batch of government accelerators.