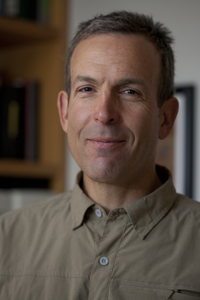 MARCH 10, 2022, NEW YORK – Researchers led by Christopher Garcia of Stanford University’s Ludwig Center have solved the long-sought structure of a large signaling protein involved in responses to infection, inflammation, immune cell generation and, when deregulated by mutation, to the emergence of known blood cancers. in the form of myeloproliferative neoplasms. Published in the journal Sciencethe structure reveals the mechanism by which this protein, Janus kinase (JAK), transmits signals sent by immune cell growth factors called cytokines.

“The question of how JAKs signal cytokines has been around for 25 years and is a huge missing link in our understanding of cell signaling,” Garcia said. “But there is more to this than basic scientific discovery. The structure also tells us how the JAK mutant works and how it leads to blood cancers.

This structural information has direct implications for the development of new drugs for myeloproliferative neoplasms, which are currently being treated with drugs often referred to as “jakinibs” that target all JAK proteins, not just cancer-causing mutants. This broad targeting of JAK proteins causes side effects such as anemia and thrombocytopenia, a blood clotting disorder.

“Our JAK structure model gives us an atomic model of how one could make selective mutant drugs to treat these cancers,” Garcia said. “This is the very essence of the fundamental biology of discovery leading to translational insights.”

Cytokines signal through receptors on the cell surface that cross the outer membrane of the cell into its cytoplasm. Each receptor has attached to its cytoplasmic tail a single inactive JAK protein. Each cytokine protein binds two of these receptors, bringing their attached JAKs closer together.

“When the JAKs are close together, they activate each other,” Garcia explained. “It’s the activated complex that turns the signaling engine.”

Each JAK phosphorylates or adds a phosphate molecule to a specific location on its partner. Thus activated, JAKs then phosphorylate the cytokine receptor to which they are attached, attracting a protein known as STAT to the complex. It is this complex that transmits the signal promoting the growth of the cytokine.

The structure solved by Garcia’s lab, which has been pursuing this prize for more than two decades, is that of the JAKs in their juxtaposed and activated state.

“Little pieces of the JAK structure had been published over the years – a toe here, a finger there, an ear there – but no one had seen what the whole body looked like, so to speak,” said Garcia.

The complete structure shows that when brought together by the cytokine, the JAKs meet in a roughly flattened region in their middle. The change induced by the oncogenic JAK mutation—exchanging the smaller amino acid valine for the much larger phenylalanine—lies in the middle of this region. The mutation alters the flat interface between the JAKs, creating a sort of ball-and-socket connection between the two that causes them to adhere much more firmly to each other.

“When people have this mutation – the most classic mutation in blood cancers – the JAKs come together and start working all the time because there’s like a little drop of glue that holds them together even when it doesn’t. there’s no cytokine around,” Garcia said. They thus constantly transmit growth signals, leading to cell proliferation.

The discovery opens the door to the development of small molecules that disrupt the patella connection of mutant JAKs. Such drugs would not affect normal JAK proteins and would therefore be less likely to have toxic side effects.

Garcia and his colleagues solved the structure of the mouse JAK-1 protein. The “V617F” mutation that causes myeloproliferative neoplasms, however, is found in its cousin, JAK-2. But, says Garcia, the two are similar enough to share the same signaling mechanism.

Garcia’s group is currently working on drug development to target V617F mutant JAKs and to capture the structure of the larger JAK-STAT complex and that of the complexes formed between different types of JAKs, which are also involved in cytokine signaling.

Christopher Garcia is also a Younger Family Professor and Professor of Structural Biology in the Department of Molecular and Cellular Physiology at Stanford University and a research scientist at the Howard Hughes Medical Institute.

Ludwig Cancer Research is an international collaborative network of renowned scientists who have pioneered cancer research and breakthrough discoveries for 50 years. Ludwig combines basic science with the ability to translate its findings and conduct clinical trials to accelerate the development of new cancer diagnostics and therapies. Since 1971, Ludwig has invested nearly $3 billion in life-changing science through the nonprofit Ludwig Institute for Cancer Research and the six US-based Ludwig Centers. To learn more, visit www.ludwigcancerresearch.org.

Warning: AAAS and EurekAlert! are not responsible for the accuracy of press releases posted on EurekAlert! by contributing institutions or for the use of any information through the EurekAlert system.