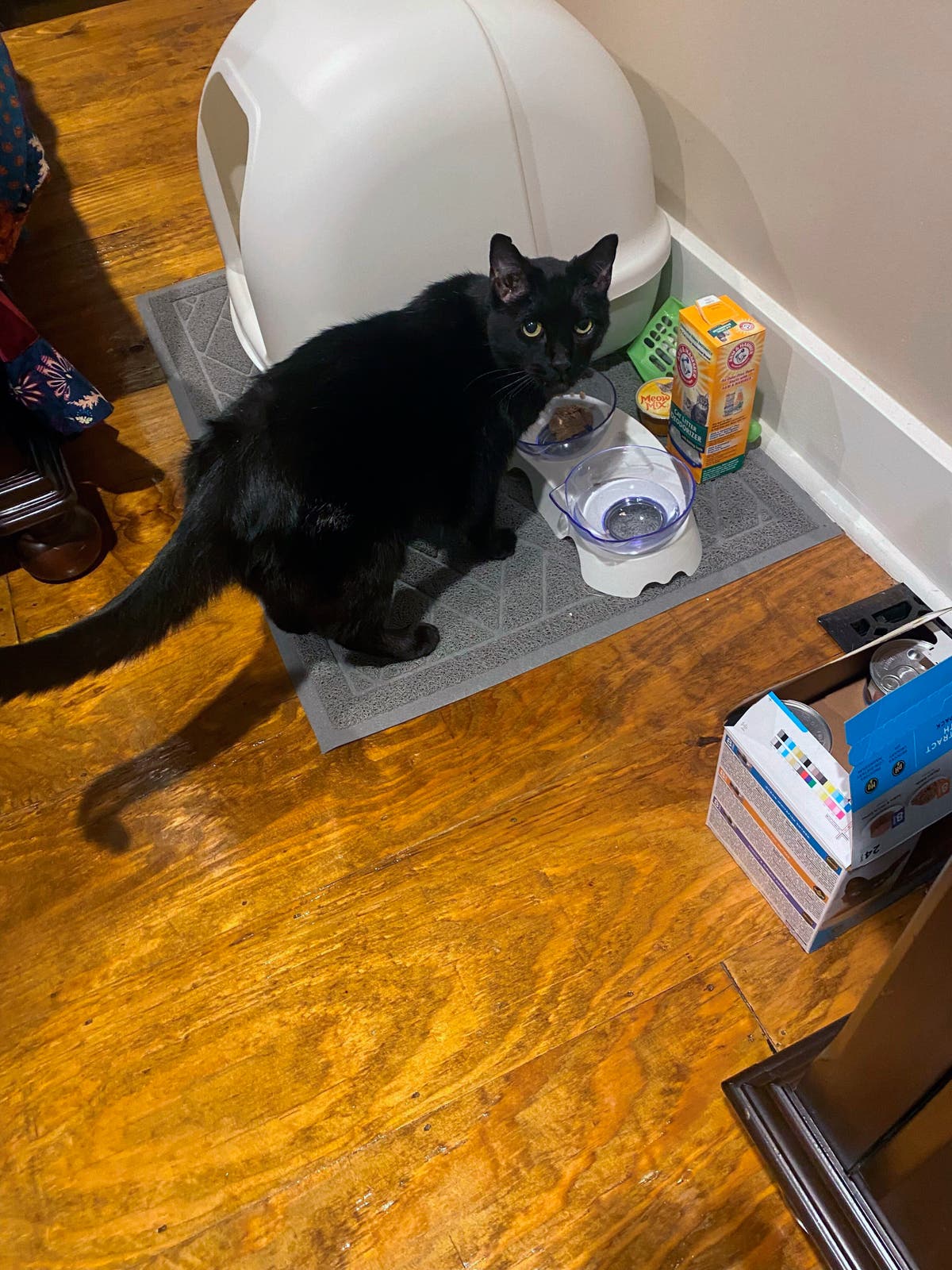 A cat believed to have been killed in the deadly Kentucky tornado earlier this month was found alive on Sunday.

On the night of December 10 to 11, thirty-seven tornadoes were reported in six states from Friday evening through Saturday morning. At least 14 people have been confirmed dead in Illinois, Tennessee, Arkansas and Missouri.

Kentucky was the hardest hit with at least 74 dead and over 100 injured.

Mr Gibson said he was at home when the worst tornado in Kentucky history hit Mayfield and he was unable to make it to his office where his office cat was, reported WTVF.

With his office destroyed, Mr. Gibson tried to search for the cat but gave up after two or three days.

He said he had given up hope that his cat would be alive after the tornadoes that left behind massive destruction in Kentucky and in particular Mayfield.

“I don’t know how anything survived not only the tornado but the destruction that accompanied it,” he told The Associated Press.

On Sunday afternoon, Mr Gibson was standing in the rubble of his old office when he said he heard a low noise.

â€œI thought I heard a meow, and I thought my mind was playing tricks on me so I called out his name, and he meowed again,â€ he said.

Mr. Gibson called a few employees and together they looked through the rubble to locate the noise and eventually found Madix. The cat was stuck in a hole under the rubble.

While the cat was thirsty and hungry, being under the rubble for nine days, Mr Gibson said he suffered no injuries.

â€œIt was just an amazing feeling to put him in my arms,â€ Mr. Gibson said. â€œIf the cats actually have nine lives, he’s probably used about eight in that nine-day period. ”

The cat’s survival story has become popular in Mayfield, a community struggling to get back on their feet after the devastation of the tornado.

â€œIt is a blessing for people to hear the story so that they can understand it and realize that great things can come out of terrible situations. If this is uplifting for a person, then Madix has served his purpose on this planet, â€Mr. Gibson said.

Longevity: Low levels of this vitamin increase the risk of heart attack and premature death