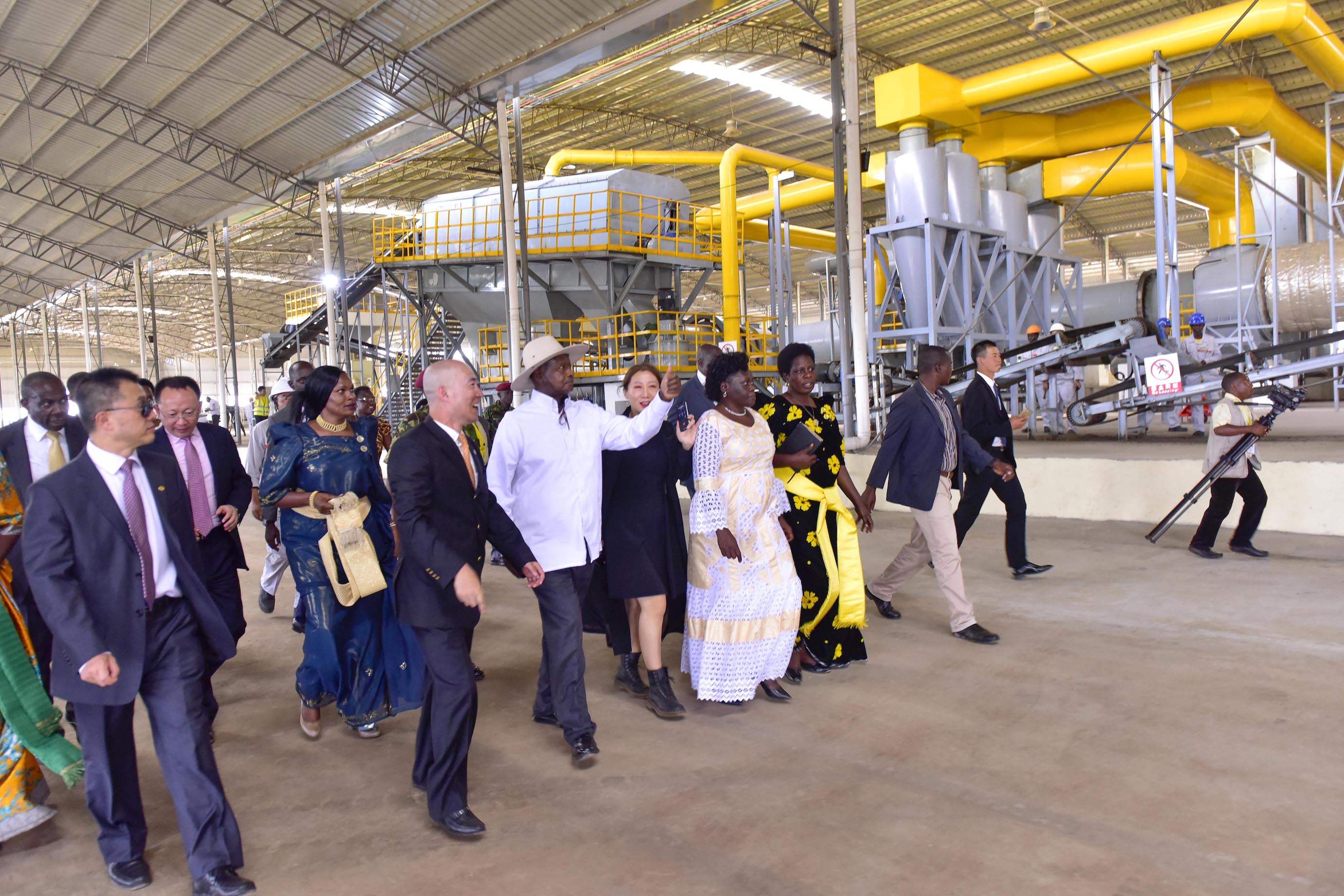 Instead of Borrowing Excessively, Let’s Cut Unnecessary Incentives and Build the Tax Base

Dear Heads of the Executive and Legislative Branches of Government, Delegates and Policy Makers, we are reaching out to you amid expressions of intent to borrow domestically amid lost tax revenue and continued leakage.
We prioritized you because we all know that tax expenditures are designed by the executive and passed by Parliament. Given your roles as relevant arms of government, we thought it was important to speak to you about the issue of tax revenue leakage through tax expenditures and illicit financial flows (IFFs).

In summary, why should Ugandans continue to pay corporate tax for profitable companies, cancel taxes for multinationals, stay in harmful tax treaties, etc.? without cost-benefit analysis in the midst of the current budget deficit problems?
As stewards, we suggest that instead of resorting to excessive borrowing, lead efforts to reduce unqualified tax expenditures (revenue foregone by tax incentives) and end IFFs.
By now it must have come to your attention that while officiating at the Uganda-EU Forum in Munyonyo recently, President Museveni made an impassioned appeal to EU citizens to invest in Uganda, emphasizing Uganda’s favorable investment climate.

Favorite investment attraction
Unfortunately in Uganda, one of the leaders’ favorite investment attraction tools often comes to the fore with tax incentives targeting foreigners. While there are many opportunities to attract foreign direct investment, Uganda’s continued reliance on unqualified tax expenditures, which rank low in many jurisdictions on investors’ priority considerations for decisions investment, is not only very detrimental, but partly responsible for our ongoing budget deficit challenges.

Faced with a triple challenge; conflict, climate change and Covid-19, trying to rely on tax expenditures to attract investors, cope, recover and build resilience in an economy like ours not only undermines domestic resource mobilization, but is a certain “race to the bottom”.
First, because our tax expenditures largely benefit foreign businesses, they often kill local tax morale.
Just as tax expenditures have been deployed as a policy instrument to protect the poor in some countries, in Uganda the emphasis is on attracting foreign investment despite the lack of evidence to support belief and an analysis of the benefits and impacts before or after the costs to justify tax expenditures, an important source of revenue is lost and could be used to pay down debts or reduce poverty.

What the numbers above mean is that hundreds of miles of paved road have been abandoned, citizens denied access to electricity, 300 complete starter schools in sub-counties have been abandoned, plus than 300 Health Center IIIs have been abandoned, raising questions about whether our policy interventions are the product of a cost-benefit analysis and whether they are often evaluated for their impact.
Left with no options, the government, aided by the NRM majority in parliament and based on future oil revenues, is now on a rampage to borrow to solve the current budget deficit problems despite warnings from many economists, including those at the Bank of India. Uganda, that the country is at risk of default.

With a paltry tax-to-GDP ratio of 13%, below the Sub-Saharan African average of 16%, Uganda fails to mobilize adequate domestic resources to finance direct public expenditure. How then should the country build and repair roads, build schools, pay civil servants and execute the transformation agenda?
Ugandan leaders must begin to think outside the box and confront the unqualified tax expenditures and illicit financial flows that continue to undermine our ability to collect more taxes.

According to a report by Mbeki’s High Level Panel Commission on Illicit Financial Flows from Africa, Uganda loses an average of $509 million in illicit outflows per year, while Africa is believed to lose over $50 billion. dollars per year in illicit financial flows.
Unjustified tax expenditures and IFFs, of which 65% manifests itself in business activities, 30% in crimes and 5% in corruption, have eroded our nation’s tax base, making it difficult to mobilize domestic resources to economic development. For greater transparency, we actually need to know who benefits from these tax incentives.

Impact on Africa
Tax expenditures and IFFs are no joke to be ignored by any serious scheme. The Global Financial Integrity (GFI) reported that Africa lost around $1 trillion to IFFs. The Brookings Institute estimated that between 1980 and 2018, Africa lost $1.3 trillion, almost the same amount of development aid it received during that period.
In 2015, UNCTAD estimates put the leakage at between $40 billion and $278 billion over a 10-year period. In 2010, GFI reported $7 billion leaked between 2005 and 2016 in Uganda and concluded that IFFs are responsible for persistent poverty and underdevelopment in Africa.

What fuels IFFs is within reach of policy makers to curb. This requires political will and information. For example, no one cares or knows how much Uganda loses due to the abuse of Double Taxation Agreements (DTAs). Currently, under 10 of our existing CDIs, foreign investors enjoy reduced tax benefits in the areas of corporate income tax, withholding tax on dividends and other income taxes levied on management services, technical services and royalties, among others.
This means that shareholders of private companies operating in Uganda are subject to a 15% withholding tax on dividends received each year, compared to 10% charged to foreign investors based, for example, in Mauritius, in accordance with the double treaty. taxation signed between Uganda and this known offshore tax. haven.

Stemming from Uganda’s DTA with the UK, it is estimated that the country could lose over $250 million in pipeline revenue in withholding tax exemptions or reductions. Because of these tax base erosions resulting from aggressive tax planning by multinational corporations, many countries have now embarked on the cancellation or renegotiation of DTCs.
For example, Senegal canceled the previous tax treaty with Mauritius, responsible for the loss of $257 million in tax revenue over a period of 17 years, caused by aggressive tax avoidance activities by foreign multinationals based in the country. and their sister companies registered in Mauritius.
Given the threats to revenue sources, it is time that Uganda’s tax expenditures, like direct expenditures, be qualified on the basis of cost-benefit analysis, assessed for their impact and reported for understand lost revenue and its impact.

Policy makers must urgently address tax base erosion, profit shifting, trade misinvoicing and transfer pricing by multinational corporations to save the economy. DTCs with other countries should be open to consideration, if possible renegotiated or cancelled. The costly alternative is to ignore all of this and forget about growth and development.
Going forward, policymakers need to understand the implications of tax incentives and IFFs on the economy, especially on our ability to mobilize domestic resources before handing in comprehensive deals in the future. Transparent configuration, implementation and evaluation mechanisms should be put in place through a process of consultation with various stakeholders to provide examples of success.

There is already growing evidence that tax expenditures rarely achieve their intended policy objectives. It has been established that firms tend to exit markets after taking advantage of tax incentives. It is important to protect our revenues from external leakage and to ensure that multinationals pay a fair share of revenues under the law rather than relying on regressive taxes that hurt poor Ugandans as is currently the case .
For Uganda to have sustainable development, it must reduce wasteful and unqualified tax expenditures and tackle illicit financial flows. Tracking, stopping, or recovering lost revenue are the ways to go.

The authors are MPs and tax justice advocates