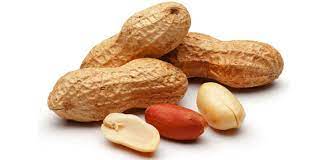 Dar es Salaam. Groundnut is one of the most widely grown crops in Tanzania.

If more investment is made in the production of the crop, it could play an important role in solving the country’s edible oil shortage and help increase incomes.

Besides export, groundnuts contributed significantly to the national production of 300,000 tons of cooking oil out of the 650,000 needed.

Following the shortfall of 350,000 tonnes of cooking oil, Tanzania spent more than 440 billion shillings to import it to meet the shortage.

The amount could be used in development projects if the stakeholders increased the production of seeds used for edible oil production, including peanut, sunflower, palm and cotton seeds, among others.

“Tanzanian farmers should make better use of the opportunity to benefit from the opportunities available, as most of the land in the country is suitable for groundnut production,” says National Groundnut Research Coordinator , Dr. Happy Daudi.

Dr Daudi, who works with the Tanzania Agricultural Research Institute (Tari) at Naliendele Centre, says groundnuts, which are widely grown in different parts of the country, have a stable and reliable market.

She names some of the groundnut producing regions as Mtwara, Dodoma, Shinyanga, Katavi, Kigoma, Songwe and Tabora, Kilimanjaro, Manyara and Mara.

“Farmers should use seeds approved by the country’s authorities as they have been tested and proven to produce high yields and are resistant to infection,” she says.

“The good thing is that the demands for improved groundnut seeds have gradually increased in the country. For example, in 2020, 1 ton was produced and the quantity increased to 15 tons in 2021,” she adds.

Tabling the 2022/23 budget in Parliament, Bashe said 18 tonnes of groundnut seeds were produced last season, of which 15.5 tonnes were distributed to farmers.

Most of these varieties reach maturity on average 100 to 120 days after sowing. They are resistant to pests and diseases and produce high yields averaging 1 to 1.2 tons per hectare.

The crop thrives in areas with elevations below 1,500 meters above sea level and requires an average of 1,200 milliliters of rainfall and fertile sandy soil.

“The soil should be properly tilled before sowing the seeds to allow complete drainage of water and root penetrations. Groundnut can be grown in well-plowed lowland farms or cultivated beds,” explains the expert.

According to her, farmers should use improved seeds approved by experts and research institutes.

Peanuts thrive in low-phosphorus areas, and cultivation performs better in some areas with the application of organic ripeness.

Additionally, crop rotation has been helpful in conserving soil fertility, minimizing the need for industrial fertilizers.

A farm that has been well prepared with the complete elimination of perennial weeds will require a weeding cycle because peanuts mature in a short time and have the ability to compete effectively for nutrients.

Peanuts should not be weeded after flowering to avoid damaging the stakes, which will eventually affect the yield.

There are several groundnut diseases including aflatoxin, rusts as well as pests such as groundnut flies, mice, rats and birds.

Dr. Daudi says that in the presence of humid conditions, Aspergillus flavus produces poison which germinates inside peanut shells and eventually attacks the seeds.

Aflatoxin is toxic, but it can be avoided by avoiding damage to groundnuts during harvest and by ensuring that the product is stored at a minimum humidity of 10%.

The disease can be identified by brown and black spots on peanut leaves appearing three to five weeks after the crop germinates.

The disease can be controlled by early planting and application of chlorothalonil at the recommended ratio of 1.6 kg per 800 liters of water, which is sufficient for a one hectare area.

The main effect of the pest is the transmission of rosette disease. However, they are easily washed off the leaves during rains.

Pests can be controlled by early planting and close spacing.

These pests suck pegs and peanuts at tender age, causing the leaves to turn yellow. The crop then withers, drying out completely.

The pests also affect other crops such as beans, sunflowers and cashews, but crop rotation is among the most recommended methods.

In large plantations, applications of chemicals such as aldrin or chlorpyrifos before planting or spraying dimethoate after pest invasion are among the control measures.

Also, the crop should not be mixed with cashews or pigeon peas on a farm to prevent disease.

The first type of mouse destroys the lower part of the roots, making holes and creating their settlement. The second type affects branches mainly in new farms, which could lead to serious yield losses.

These could be controlled through the use of a 40 percent alandrine powder comprising 2.5 kilograms per hectare. Experts recommend mixing it with phosphate fertilizer and sand.

These affect crops during germination and shortly before harvest. Experts suggest controlling them by using chemicals, traps and destroying their hiding places.

Like rats, birds affect peanuts before germination, shortly after sowing as well as after full maturity.

Birds are controlled through the use of traps, to chase them away and scare them away.

Peanuts should be harvested after fully ripening. They should be dried for about two to three weeks to reduce the moisture content to less than 13%.

Peanut processing is a laborious job as one person can process an average of 12 to 15 kilograms per day. However, there are processing machines that were invented to simplify the work.

Peanuts intended to be stored for future use, including as seeds, should be kept in warehouses without being processed. Storage warehouses should be completely dry, well ventilated and strong enough to keep out destructive animals like rats.

Peanuts tend to lose their ability to germinate after being removed from their shells.

Soil health is more than just pH, phosphate and potash