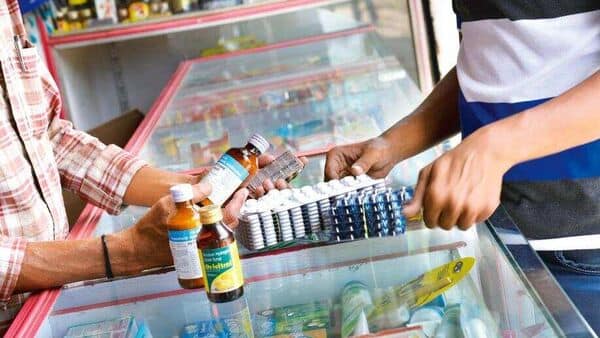 NEW DELHI : A government plan to ban the distribution and sale of codeine-based cough syrups (CBCS) to prevent their misuse as intoxicants has clashed with the pharmaceutical industry.

The Ministry of Health and several other government departments are discussing the proposed ban.

However, the Indian Drug Manufacturers Association (IDMA) has contacted authorities not to enforce a ban, saying cough syrups are popular among medical professionals to manage postoperative cough, persistent dry cough in tuberculosis patients and to manage cough in covid. -19 patients.

“The goal is to end the misuse of these codeine-based formulations. So the government is discussing the issue on many levels,” an official said on condition of anonymity.

According to a 2019 report released jointly by the Ministry of Social Justice and Empowerment and the National Center for Addiction Treatment, AIIMS, India is home to 7.7 million people with substance use disorders. opioids, of which 2.5 million use pharmaceutical opioids.

“We have submitted our representation to the government outlining our arguments that it should take no action to ban the sale of CBCS, based on an alleged abuse angle for clinically safe codeine-based cough formulations “said Daara Patel, General Secretary of IDMA. .

“The abuse angle must be effectively addressed through appropriate regulations under the NDPS Act of 1985 and by law enforcement agencies. Banning the drug will compromise the interests of patients in general.”

He said a ban would also affect the livelihoods of around 100,000 farmers in Madhya Pradesh, Uttar Pradesh and Rajasthan who depend on poppy cultivation.

“These farmers have already been in distress for two years due to covid-19 and banning CBCS will further kill their livelihood.”

The industry is committed to working with authorities to support government initiatives to tackle any misuse, Patel added.

The IDMA told the Ministry of Revenue that a ban could result in a loss to the Treasury for ₹300 crores of the sales value of Codeine Phosphate API sold by the Government Opium and Alkaloids Factory (GOAF) including GST.

Dr Atul Ambekar, Professor at the National Center for Drug Dependence Treatment, AIIMS New Delhi, said: “The problem of drug use or drug use disorder is quite large in India. but remains at a manageable level. However, the drug category of greatest concern in India is opioids, with the prevalence of opioid use in India being three times higher than the global average.

He said that in recent years, the trend in northern Indian states is that access to cheaper, low-potency natural opioids like opium/doda (poppy shell) is now very limited. This forced people to seek alternatives in the form of heroin or pharmaceutical opioids.

Last year, the Narcotics Control Bureau seized around 950,000 bottles of CBCS and 9.50 kg of codeine phosphate from different locations in India.

Questions sent to the spokesperson for the Ministry of Health did not elicit a response.

Catch all the company news and updates on Live Mint. Download the Mint News app to get daily market updates and live trade news.

* Thank you for subscribing to our newsletter.