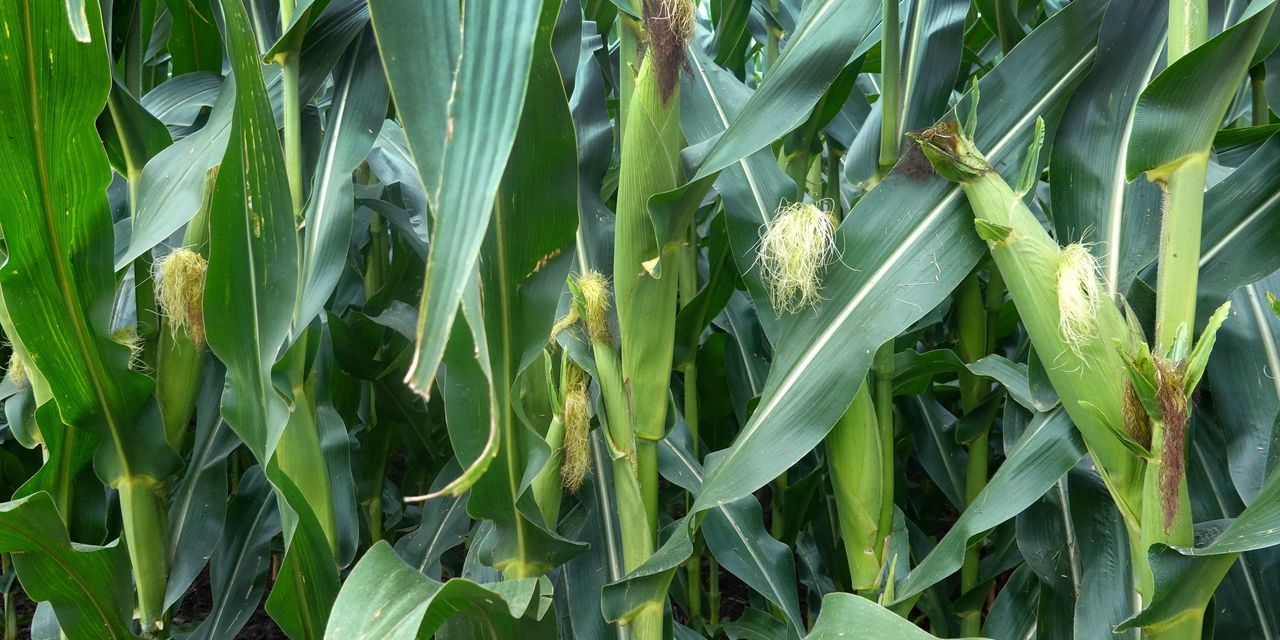 Fertilizer prices were already searing this year before a European energy crisis fanned the flames, potentially worsening farmers in the United States and around the world and stoking concerns about food inflation.

â€œIt’s almost like a perfect storm of different reasons that probably has a lot of upside in the price of different macronutrients,â€ Samuel Taylor, executive director of research in Cleveland at Rabobank, said in a telephone interview.

Natural gas is a key ingredient in the process used to make nitrogen-based fertilizers used on a range of crops, including corn and wheat. Natural gas accounts for 75 to 90% of the operating costs of nitrogen production, Taylor noted.

have increased by more than 340% so far in 2021, causing the closure of fertilizer factories in the country and elsewhere earlier this year. Henry Hub NG00 natural gas futures contracts,
,
the US benchmark, ended Tuesday at a nearly 13-year high. But gas futures pulled back this week after Russian President Vladimir Putin said the country would honor its commitments and could end up exporting record amounts of fuel, but prices remain historically high.

See: Natural gas prices on the rise again in Europe after a brief respite from Russian aid pledges

Nitrogen prices have been correlated, with a lag, with natural gas prices, Taylor said in a telephone interview. This means that any rise in the price of natural gas in the North American market would be poised to add to the rise in nitrogen prices.

Nitrogen fertilizers are a crucial input for corn and wheat.

First-month urea futures for delivery in the Gulf of Mexico in the United States traded at $ 680 per tonne on Thursday, up 168.2% from its Dec.31 level of 253, $ 50 and more than triple its level of 12 months ago, according to Dow Jones Market Data. Anhydrous ammonia prices in the US Corn Belt have also skyrocketed, as growers prepare to make applications in the fall.

Other fertilizers have also seen a sharp increase in prices for a variety of reasons.

Bloomberg’s Green Markets Weekly North America Fertilizer Price Index stood at 923.08 on October 1, its highest value since an all-time high of just under 930 in August 2008. The index uses benchmark prices for US Gulf Coast Urea, US Cornbelt Potash, and NOLA DAP Barge. The index is weighted according to the annual global demand for each nutrient.

But the rise in fertilizer prices, which hit a low in the summer of 2020 after a multi-year decline, is larger than natural gas.

Josh Linville, director of fertilizer at Stone X, links the start of the recovery to derecho, a devastating line of storms referred to as an “interior hurricane” that brought devastating high winds across Iowa and other parts of the Corn. Belt in a 14- hour beating August 10, 2020.

The event appeared to trigger a turnaround for what had been a long slide for grain markets. As prices improved, expectations for fertilizer sales rose as prices began to reverse, he said in an interview.

In 2021, a number of supply-side factors helped fuel the ramp-up. These range from bad weather, with Hurricane Ida in late August interfering with shipments and the closure of ammonia plants near the US Gulf Coast.

Sanctions against Belarus could reduce the country’s exports of potash, a key ingredient in fertilizers used on cultivated areas, analysts said. Meanwhile, some of China’s largest fertilizer producers decided in July to halt phosphate exports, media said, in an effort to secure sufficient domestic supplies amid rising prices.

The nature of the supply-driven rally is cause for concern, Linville said, making a distinction with the more demand-driven price hike that led to price increases in 2008.

The analyst said he was now wary of predicting how far prices might go.

â€œIt’s less about fertilizers and more about global macro-energy prices, if you will,â€ Linville said.

A sharp increase in fertilizer prices will be a source of pain for farmers, but producers and consumers should keep the situation in perspective, said David Widmar, agricultural economist and co-founder of Agricultural Economic Insights, a research firm. .

Based on data tracked by the Department of Agriculture, corn fertilizer costs in Illinois now stand at around $ 165 an acre compared to around $ 140 last spring and around $ 85 to $ 90 there is one year old, Widmar said. It’s a big increase, but the profit outlook still looks strong. .

In particular, Widmar fended off speculation that rising nitrogen prices would lead farmers next spring to cut corn planting in favor of soybeans. Soybeans and other legumes form a symbiotic relationship with nitrogen-fixing bacteria, allowing them to meet much of their nitrogen requirements by converting atmospheric nitrogen to ammonia.

Ultimately, based on price expectations, corn still appears to be a much more profitable bet for growers, said Widmar, who expects acres of corn planted in 2022 to increase despite rising costs. nitrogen.