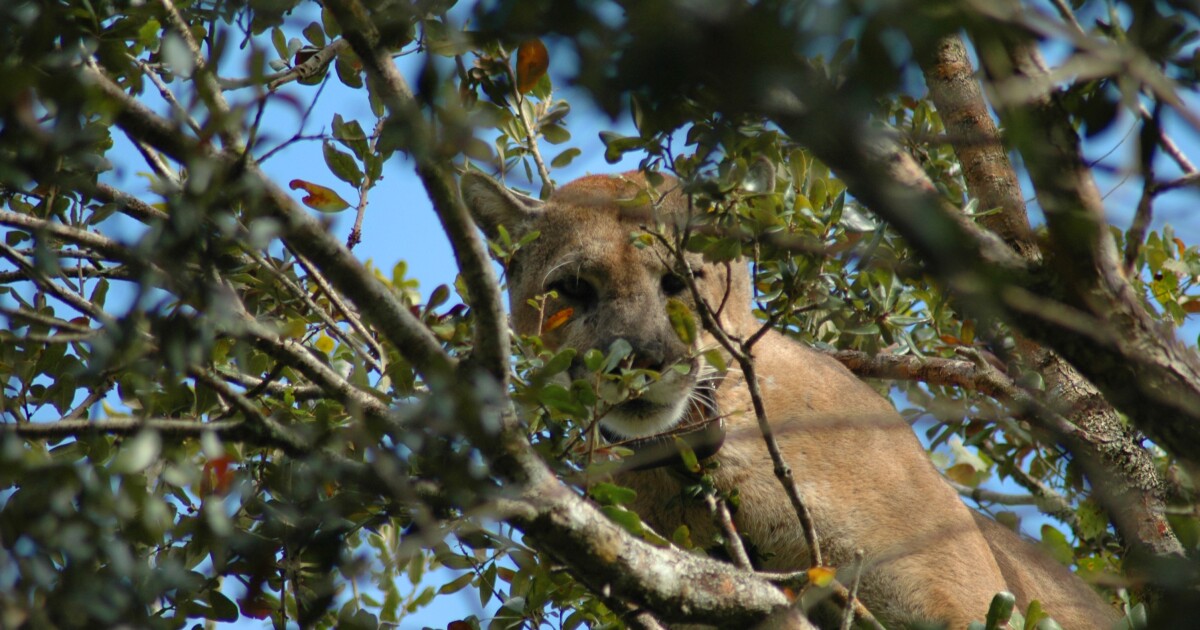 The Florida Fish and Wildlife Conservation Commission discussed the state’s panther management plan at a meeting in Bonita Springs on Wednesday. The review comes as the US Fish and Wildlife Service prepares to release the results of a five-year Florida panther study that could lead to a change in the protection status of cats. The daily news from Naples reports, the panther recovery plan provides for the existence of three distinct populations of at least 240 panthers in order for the species to be removed from its endangered status. Southwest Florida’s panther population is estimated to be between 200 and 230 animals in total. Ongoing threats to panthers including collision with vehicles, inbreeding, disease and habitat loss.

As more than 600 tonnes of dead fish washed up along the Tampa Bay coastline due to the current red tide outbreak, the Florida Fish and Wildlife Conservation Commission seeks to be more proactive, and suggested that drones could be used to monitor the red tide, and money should be set aside to offset the local costs of disposing of fish killed by toxic algal blooms. The key to tackling the red tide lies in efforts to improve water quality and reduce man-made nutrients, such as runoff from septic tanks, storm water systems and agricultural fertilizers. and residential, which feed microscopic algae.

Florida Department of Environmental Protection is suing the owner of the former Piney Point fertilizer plant in Manatee County after a site leak resulted in the emergency release of more than 200 million gallons of sewage contaminated directly into Tampa Bay earlier this year.

According to AP, acting DEP secretary Shawn Hamilton said the legal challenge against HRK Holdings was an important step in securing the final chapter of the phosphate processing site.
State officials are asking a court-appointed receiver to help oversee the final closure of Piney Point. The lawsuit is also asking for financial penalties to help recoup the money spent to mitigate the site.

At over 6,300 square miles, the “dead zone” of the Gulf of Mexico is larger than average this year.

And July in Tampa was the second hottest ever–second to July 2020.

Learn more about the proposed plan for Lake Okeechobee, (environmentalists to say plan is not sending enough water to the Everglades) and attend the public meetings USACOE has scheduled for next week (details below).

The Washington Post reports that tens of millions of people around the world are moving in flood zones, despite the rising water level in the world.

As temperatures during the Siberian heatwave soar this summer, a new climatic concern arises: as the permafrost melts, methane is emitted. The Guardian reports.

And here’s a headline that not many people saw coming: Bubonic plague among chipmunks forces closure of major Lake Tahoe sites, the Guardian reports.

Find out all this and more, including regular updates on blue-green algae and red tide, on our website, WGCU.org.

Do you want to influence your local environment? There is probably a public meeting for this.

US Army Corps of Engineers hosts Lake Okeechobee System Operations Manual (LOSOM) stakeholder meeting and announcement of their preferred alternative on Monday August 9 from 11 a.m. to 1 p.m. Log in here: https://usace1.webex.com/meet/earl.t.gysan The Corps suggests logging into the webinar first and getting a call. You can also reach by phone: Toll-free number (ATT Audio Conference): 1-844-800-2712 Access code: 1997788788

The Corps also invites partners, stakeholders and the public to an educational webinar and listening session on August 19 for the integrated delivery schedule for the Everglades restoration https://www.saj.usace.army.mil/Media/News-Releases/Article/2719621/usace-invites-partners-stakeholders-and-the-public-to-august-19-educational-web/

The National Park Service (NPS) and Federal Aviation Administration (FAA) are seeking public comment on a draft Air Circuit Management Plan (ATMP) for Everglades National Park. The two agencies will host a virtual public meeting on the issue on August 19 from 6:30 p.m. to 8 p.m. ET. The meeting will be webcast live at https://youtu.be/YED_w6Bkztg. The public can also observe the virtual meetings via the live broadcast of the FAA’s social media platforms on the day of the event. Public comment can be provided through the NPS Planning, Environment and Public Comment (PEPC) website from July 29 to August 28. The NPS and FAA will review the comments to help inform the final ATMP for Everglades National Park. The project site is available on: https://parkplanning.nps.gov/EvergladesATMP

Charlotte County still has several vacancies on committees and many have something to do with the environment. Learn more about https://www.charlottecountyfl.gov/news/charlotte-county-committee-vacancies.stml

SFWMD Board of Directors Workshop August 11, 2021 at 1 p.m. sfwmd.gov/meetings

SFWMD Board of Directors Meeting August 12, 2021 at 9 a.m. sfwmd.gov/meetings

Do you have an environmental story or tip to share? Send an email to Valerie Vande Panne at [email protected]

The board of directors of PhosAgro notes the strong growth of the company, the improvement of its operational and financial performances in the 10 years since its IPO