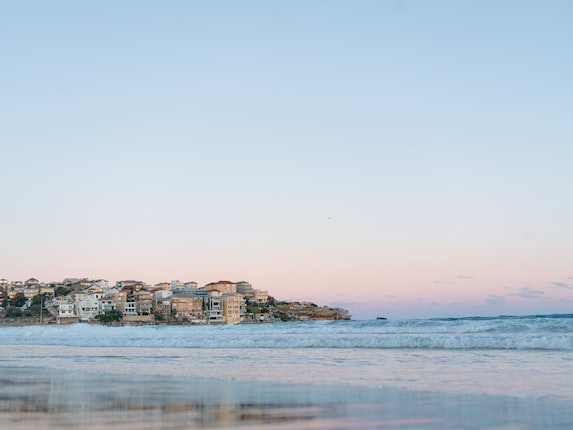 Efficacy of Lactulose versus Senna Plus Ispaghula Husk Among Patients

Constipation is a common problem and a worldwide health issue. Incidence and prevalence of constipation depends on age, sex, socioeconomic status and underlying disease.1,2 According to the international working committee recommended diagnostic criteria (Rome IV), functional constipation is defined as any two of the following features; straining, lumpy hard stools, sensation of incomplete evacuation, use of digital maneuvers, sensation of anorectal obstruction or blockage with 25% of bowel movements, and decreased stool frequency, the mean less than three bowel movements weekly. The diagnosis should be based upon the presence of the following for at least three months with symptom onset at least six months before diagnosis.3

Incidence and prevalence of constipation has been reported to be higher in chronic kidney disease (CKD) particularity in the advanced stage and dialysis than the general population, of 14 to 90%.4–6 Clinical impacts of constipation have been associated with higher risk of poor quality of life, malnutrition, ischemic stroke, incident CKD and end stage renal disease (ESRD), cardiovascular event and all-cause mortality.7–10 Moreover, constipation was related to higher levels of uremic intestinal toxin among patients with nondialysis CKD.11 Many factors contribute to constipation in CKD such as low fiber diet, low fluid intake, poor gut mobility, lack of exercise, anxiety, physical inactivity, uremia, altered gut microbiota, underlying disease, diabetes and medications such as phosphate binders and oral iron supplement.12,13

In general, managing constipation includes patient education, dietary changes, bulk-forming laxatives, osmotic laxatives, stimulants, stool softeners and lubricants, or enemas.14 Osmotic agents; lactulose is a synthetic disaccharide, and is not metabolized by intestinal enzymes. Thus, water and electrolytes remain within the intestinal lumen due to the osmotic effect of undigested sugar, decreasing nitrogen waste products among patients with CKD.15 Stimulant laxatives; senna increases intestinal motor activity and alters electrolyte transport in the intestinal mucosa.16 Combination of bulk laxative and senna seem to be more efficient in treating constipation when compared with single agent.16,17 A paucity of trials have been conducted for many commonly used agents including lactulose, senna, and stool softeners especially among patients with CKD.18 Many patients with CKD with constipation are not satisfied with treatment because of the lack of efficacy. To date, clinical trial and published literature for the management of constipation in pre-dialysis patients with CKD is scarce. Our study investigated the efficacy of lactulose and senna plus ispaghula husk in pre-dialysis CKD with constipation.

This single center, open-label, randomized controlled, cross-over study was conducted in Phramongkutklao Hospital between February 2017 and January 2018. The study protocol was approved by our hospital Human Research Ethics Committee. Written informed consent was obtained from all eligible subjects. The study was divided in two phases: the initial and the crossed phase. Each phase included a one-week washout and a two-week treatment period.

After screening and the two-week washout period, patients were randomly assigned to lactulose daily or combined ispaghula husk and senna daily for two weeks and then one week of washout and two weeks of crossover in a double-blind fashion, as illustrated in Figure 1. Random allocation software was used for randomization by a block size of four. One group received lactulose syrup 30 mL per day containing 20 g lactulose. Second group received 1 sachet of ispaghula husk with at least 150 mL water and 2 tablets of senna daily dose. Each sachet (5 gm) of ispaghula husk contained ispaghula husk 2.45 gm and each tablet of senna contained sennoside B 7.5 mg. The researcher verified consistent intake by asking for the remaining sachets or tablets and followed up the side effects.

The patients were asked to record the complete spontaneous bowel movement (CSBM), assessed using a stool diary after each laxative once weekly and history change of stool appearance using the Bristol stool form scale (BSFS; type 1: Type I; separate hard lumps, like nuts (hard to pass), Type 2; sausage-shaped but lumpy, Type 3; like a sausage but with cracks on its surface, Type 4; like a sausage or snake, smooth and soft, Type 5; soft blobs with clear-cut edges (passed easily), Type 6; fluffy pieces with ragged edges, a mushy stool, and Type 7; watery, no solid pieces, entirely liquid).19 The weekly CSBM and BSFS of patients were collected for each period of the study. Rectal enemas were indicated in patients with fecal impaction or no clinical response to treatment for 72 hours.

The primary outcome was CSBM weekly assessed using a stool diary after each laxative. Secondary outcome measure was the change of stool appearance by BSFS and adverse event.

Numerical data were expressed as the mean ± standard deviation (SD) for normally distributed data, and categorical data were expressed as a count with number (N) and a percentage (%). Comparisons were made using the paired t-test for continuous variables within the group and Student’s t-test for continuous variables between groups. All tests of statistical significance were two-tailed; a significance difference was noted when the P-value was less than 0.05. Data analysis was performed using SPSS for Windows, Version 12 (SPSS, Chicago, IL, USA)

A total of 72 non-dialysis patients with CKD were screened; 26 met the inclusion criteria and 22 were willing to participate. In all, 22 patients completed the cross-over study and were included in the final analysis as outlined in Figure 1. Overall, 59.1% were men, with a mean age of the patients of 72.7±12.9 years, and a mean body mass index of 23.8±3.7 kg/m2. A total of 72.7% and 27.3% of patients presented CKD stage 4 and CKD stage 5, respectively. Overall medications which might have involved gastrointestinal symptoms were ferrous supplement, 22.7% and phosphate binders, 40.9%. Patient characteristics are shown in Table 1.

The mean change of stool appearance by BSFS at baseline was 2.3±1.2. After lactulose and senna plus ispaghula husk administration, the BSFS significantly increased to 3.9±1.6 (P= 0.001) and 4.0±1.7 (P= 0.002), respectively when compared with baseline. Secondary outcome of study was differences in mean BSFS change between the two groups at the end of the study. No statistically significant differences were found in mean change between groups, 1.6 (95% CI 0.75 to 2.44) in the lactulose group versus 1.2 (95% CI 0.85 to 2.61) in the combined senna and ispaghula husk group (P= 0.821) (Table 2). During the study, number of rectal enema supplements was similar in both groups.

No adverse events were observed including acute kidney injury and electrolyte disturbances in the senna and ispaghula husk group during the study period. However, one patient experienced mild abdominal discomfort during the lactulose treatment period. None of the patients were forced to drop out of the study due to adverse effects from treatment.

The first randomized controlled trial investigated the efficacy of lactulose versus combined senna and ispaghula husk in pre-dialysis CKD with constipation. At two weeks of treatment, both groups increased CSBM and the change of stool appearance by BSFS compared with baseline. No significant adverse events were observed between ispaghula husk plus senna and lactulose groups.

Constipation is a frequent disorder among patients with CKD and the use of laxatives increased among patients with advanced CKD transitioning to dialysis.20 Pharmacologic interventions often are required to manage constipation among patients with CKD.21 Several studies have been undertaken to evaluate and determine the pharmacologic interventions including osmotic laxatives, stimulants, and stool softeners to improve constipation in the general population.18,22 Psyllium laxative with senna increased defecation frequency and stool moisture.16 Additionally, senna-fiber combination significantly increased more frequent bowel habits than lactulose in treating constipation in long stay elderly patients. Nevertheless, both treatments were well tolerated for chronic constipation.17,23 However, the evidence base remains limited and potential interventions such as medications and diet are required in future research in advanced CKD. Few studies have evaluated the pharmacologic interventions for constipation in advanced CKD populations. Our study indicated that both intervention of ispaghula husk plus senna and lactulose appeared to be effective, resulting in increased stool diary score and stool appearance score by CSBM and BSFS, respectively. The result was similar to one study reporting that the laxative dose appeared to decrease in a high fiber use group without affecting biochemistry in ESRD on peritoneal dialysis.24 The discrepancies may have been due to differences in baseline characteristics, pathophysiology of constipation, various etiological factors of constipation, duration of the study and comorbid illness.25

Our study showed that ispaghula husk plus senna and lactulose improved constipation without serious adverse events at two weeks. Similarly, adverse effects were no different for senna-fiber combinations or lactulose with matching placebo for two weeks and both treatments were effective for chronic constipation among long stay elderly patients.23 Systematic review and meta-analysis confirmed the effectiveness of laxatives therapies and few adverse effects in a general population with chronic constipation.26 Moreover, no serious renal events or electrolyte abnormalities occurred requiring intervention in our study. The use of combinations of laxatives is commonly encountered in practice when a single agent is ineffective. However, our study supported that combined senna with ispaghula husk was similarly effective to lactulose among patients with CKD. Therefore, in CKD patients with continued complaints of constipation, despite the use of a single laxative, further intervention and investigation using studies of anorectal function and colonic transit should be considered.

The study encountered several limitations. The present study was limited by the short duration of follow-up without apparent treatment-related safety and benefits in quality of life and long term outcomes among advanced patients with CKD at a tertiary care center. Future research is needed to examine the effectiveness of treating constipation concerning hard clinical outcomes including cardiovascular events and mortality. Second, we did not measure change in uremic toxins during treatment of constipation with lactulose or senna with ispaghula husk. One study indicated that lactulose reduced urea effects and improved Bifidobacteria and Lactobacilli counts among patients with CKD.27 Alterations of gut microbiota in CKD with declining kidney function may provide novel clinical implications of treating constipation in CKD.

Lactulose and combined senna with ispaghula husk revealed no difference in efficacy to treat constipation among pre-dialysis patients with CKD, suggesting that individual intervention might be required to improve constipation among patients with CKD. No significant adverse reactions were observed in the senna and ispaghula husk group during the study period.

The individual clinical data used to support the findings of this study are available from the corresponding author upon request.

Ethics Approval and Consent to Participate

This study followed the guidelines of the Declaration of Helsinki and was approved by the Ethics Committee of the Institute Review Board of the Phramongkutklao hospital and College of Medicine, Royal Thai Army Medical Department. All patients gave written informed consent.

The authors wish to thank the staff in the Division of Nephrology, Department of Medicine, Phramongkutklao Hospital and College of Medicine, for their research contributions. The abstract of this paper was presented at the 34th Annual Meeting Royal College of Physicians of Thailand as a poster presentation with interim findings.

All authors made substantial contributions to conception and design, acquisition of data, or analysis and interpretation of data; took part in drafting the article or revising it critically for important intellectual content; agreed to submit to the current journal; gave final approval of the version to be published; and agree to be accountable for all aspects of the work.

The authors have not declared a specific grant for this research from any funding agency in the public, commercial or nonprofit sectors.

The authors declare that they have no competing interests in this work.

Role of SLC39A10 in hepatocellular carcinoma.

Geraniol as an anti-inflammatory, and antioxidant