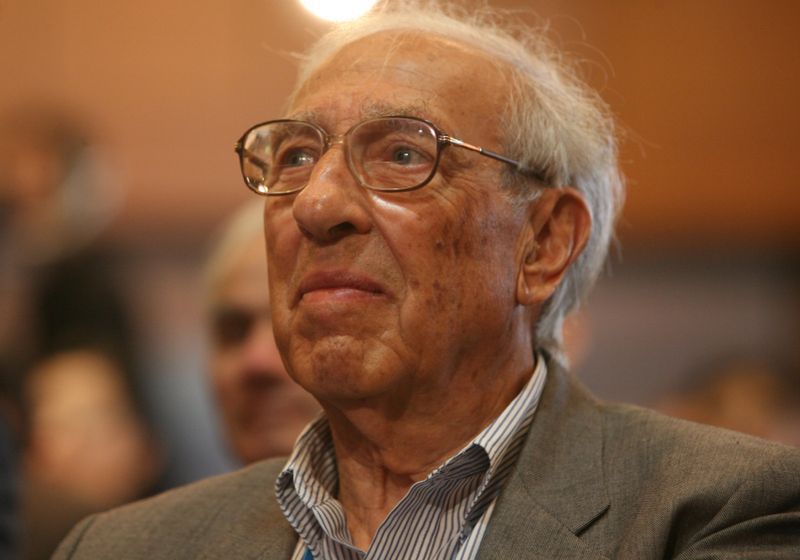 BChemist Edmond Fischer, who co-discovered the mechanism of reversible phosphorylation alongside Edwin Krebs, died in his adopted hometown of Seattle on August 27 at the age of 101.

Fisher was born in Shanghai, China, in 1920 to a French mother and an Austrian father. According to his autobiography, he started primary school at a local French-speaking institution, but joined his older brothers in a Swiss boarding school at the age of seven. Throughout high school, he studied piano and even considered becoming a musician. But he began studying chemistry in college at the University of Geneva, earning his national license (a step between a bachelor’s and a master’s degree) in biology and chemistry during World War II.

Shortly after arriving in Seattle, Fischer began collaborating with Edwin Krebs (not related to Hans Krebs, whose Krebs cycle is named) studying glycogen phosphorylase, an enzyme in the liver. In the 1960s, they learned that the enzyme converts stored glycogen into glucose, which the body can then use for quickly accessible energy in sudden ‘fight or flight’ situations. They also found that the activity of glycogen phosphorylase could be controlled by other enzymes that attach or remove a phosphate group, a phenomenon believed to be common in biology. Fischer remained at the university throughout his career, retiring to become professor emeritus in 1990.

In 1992, Fischer and Krebs jointly received the Nobel Prize in Physiology or Medicine for what the Nobel Assembly called “their findings concerning the reversible phosphorylation of proteins as a biological regulatory mechanism”.

In his later years, Fischer became a staple at the Lindau Nobel Laureate Meetings held every summer in Germany. In addition to learning about the research of recent Nobel Laureates, he spoke with countless graduate students about their work.

“He has truly inspired many young scientists for the ‘beauty of science’ as he has said himself,” said Countess Bettina Bernadotte, chair of the Lindau Nobel Laureate Meetings Council, in a statement. Press release.

In addition to the Nobel Prize, Fischer received many other accolades, including his election to the American Academy of Arts and Sciences in 1972 and to the National Academy of Sciences the following year, as well as numerous honorary degrees. He was elected a foreign member of the Royal Society in 2010.

Fischer is predeceased by his first wife, Nelly, who was the mother of his children, and his second wife, Beverley. He is survived by his two sons, a daughter-in-law and his grandchildren.