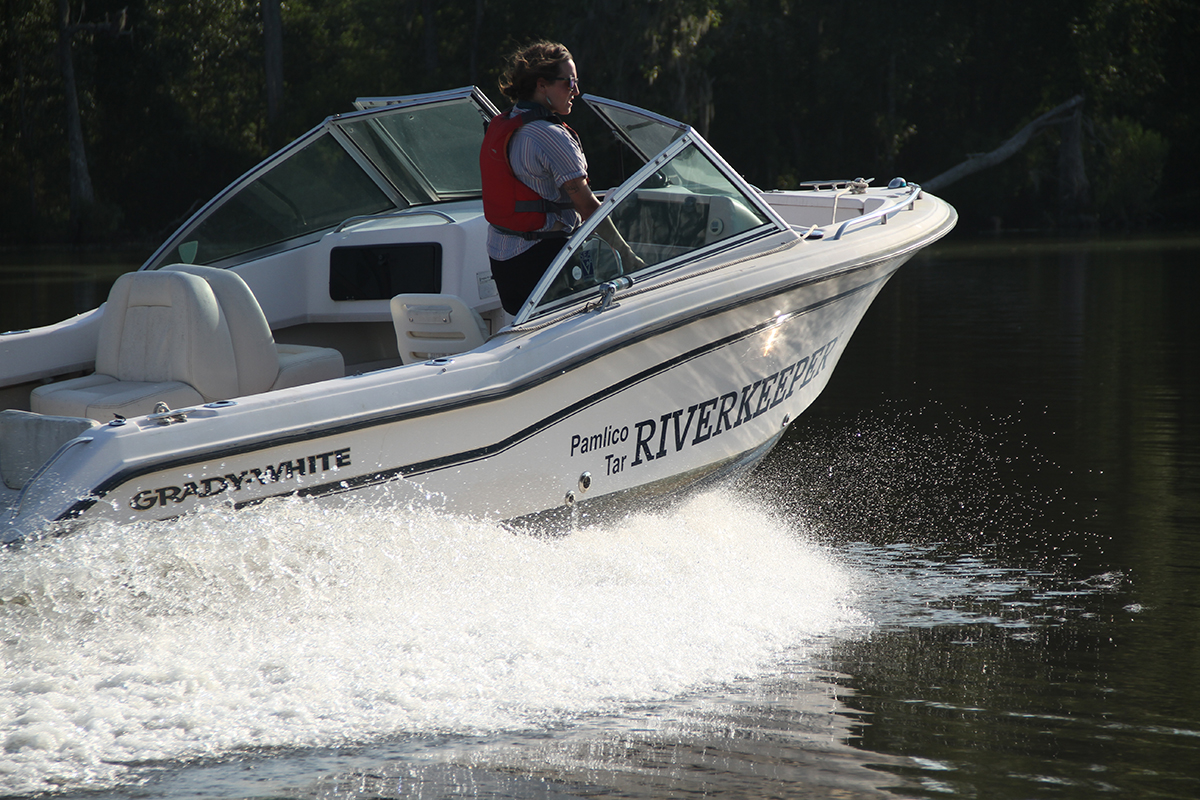 The nonprofit environmental association Sound Rivers recently premiered its 40th anniversary documentary, “A Sound River,” a look back at the origins of the organization that monitors the health of the Tar-Pamlico and River basins. Neuse.

Members of the virtual audience got to see what has changed over the past four decades on the November 30 premiere and what issues Sound Rivers is working on today. The screening ended with a question-and-answer panel.

Sound Rivers executive director Heather Deck said the idea of ​​making a short documentary to celebrate the 40th anniversary has been in the works for a few years. Deck has worked for Sound Rivers for almost 20 years, first as a Riverkeeper and now as the Executive Director of the organization.

“It’s not about honoring the work of everyone involved and all of the stories over the years, either,” Deck said. “But then also to reflect, how do we use this as a tool to create energy, enthusiasm and passion to help more people join the cause for a clean water future? “

The documentary also looks at current and future priorities.

“It’s a combination of stories, but it also shows probably the biggest fight we have now and on the horizon, which is related to climate change, and the impact that climate change is already having on our rivers and our communities, and the work that needs to happen to make us more resilient and better prepared and to do it in a fair way, ”said Deck.

Sound Rivers brought two-time Emmy-nominated director Rain Bennett on the project late last year, and it began filming in the spring. Bennett was born in Washington, North Carolina, so Deck felt he was the right person to make a personal connection to the documentary. After the screening, the panel members recognized what they saw as a passion for the region in the beauty of cinematography.

“He grew up on the Pamlico River. And so (Bennett) had this intimate knowledge of the area and the region, ”Deck said.

The approximately 20-minute documentary features interviews with current and past employees of Sound Rivers, as well as people who have worked with the organization over the years. Together they tell some of the stories that made Sound Rivers what it is today. They talk about threats to water quality, like the Nutrien phosphate mine in Aurora and the coal ash spill from Duke Energy.

Bennett remarked after the film that despite growing up in eastern North Carolina, he was unaware of the extent of Sound Rivers’ work and learned a lot while directing the documentary. He added that he believed in the power of storytelling as a way to stand up to polluters.

“This is how humans connect,” Bennett said at the roundtable.

“We are scientists, we are advocates, we are educators,” Hunt said. “Some days there are all three of us and then some.”

But in addition, Hunt added that people should view Riverkeepers as a resource when something goes wrong. She said people can call with questions or concerns.

“If they see something that looks like pollution, they can call us, we can go out and investigate,” Hunt said.

According to Hunt, being a river keeper can seem like an uphill battle at times, given the number of threats to the health of rivers. But she feels inspired as she rethinks the history of Sounds Rivers.

“It’s really great to come back to the story and where we started,” Hunt said. “And to see how far we’ve come and to remind ourselves why it’s so important to keep doing what we do every day. “

“I think it’s pretty important to remember how we started and why we started, at the very least, because it was just a small group of people concerned about what was going on in their part of the country that s ‘got together and started this organization, “Howell says. “So I think when we’re frustrated, or maybe we’re not moving as quickly as we would like towards clean water results, I think remembering how a small group of people started out. what we are today, and all the progress that has been made. fact is really important.

After the screening, audience members were able to ask questions as part of a panel that included Down East Coal Chairman Ash Environmental and Social Justice Coalition Bobby Jones, Professor Hans Paerl, Howell and Bennett at the Institute of marine sciences from the University of North Carolina.

Since the premiere took place on “Giving Tuesday”, Sound Rivers has challenged to raise $ 10,000 at the screening. By the end of the evening, they had raised over $ 12,300.

Some viewers wanted to know how they could get involved in the work of Sound Rivers. Deck recommends referring to the Sound Rivers website, which has resources for simple things community members can do to protect the health of the area’s rivers.

Those who missed the premiere will likely have a second chance to see the documentary in the spring. Deck says if COVID-19 allows, they want to host in-person screenings across the region where people can see the movie and talk about how to keep rivers clean and healthy now and for future generations.

As Sound Rivers Chairman, JoSeth Bocooke, remarked at the start of the premiere: “Where there is water, there is life. “

Key trends in the agricultural organic products market worth $ 18.5 billion by 2026