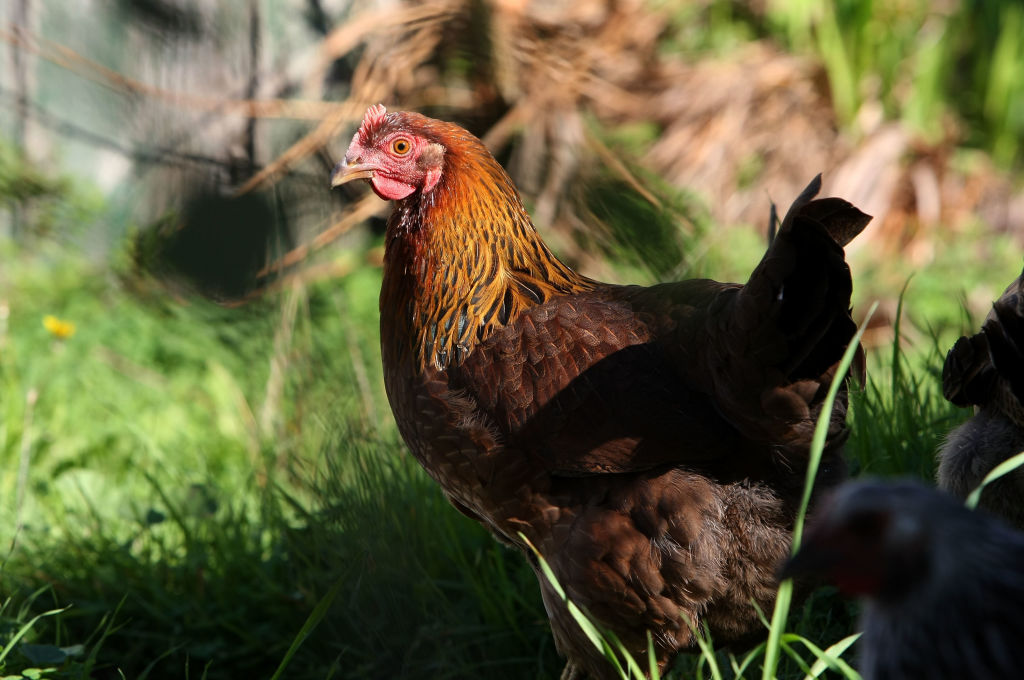 A major poultry supply contract to Tesco more than a decade ago could be responsible for the ecological decline of one of the UK’s favorite rivers, according to a Guardian investigation.

The so-called chicken capital of the UK, where around 20 million chickens are raised in the river catchment, is where the River Wye passes as it flows through mid Wales to the Severn Estuary.

Although chicken manure from a growing number of intensive poultry farms is also having a significant impact, sewage and human sewage have been most criticized for contributing to the pollution of our waterways.

Bird droppings, rich in phosphates and used as fertilizer to help crops grow, are strewn along the Wye. Yet the soil can no longer support the amount of manure applied to it, and the runoff turns the river into what environmentalists call “pea soup.”

Scientists from Lancaster University have identified chicken waste as one of the main sources of phosphorus pollution in the Wye catchment, leading to ‘pea-soup’ algae blooms.

Herefordshire, where chicken numbers began to rise in the early 1990s, is the hub of chicken farming in the Wye region. Then, in 2013, Tesco, the UK’s largest retailer, awarded Cargill, which operates a major processing plant in the area, a contract to supply more chicken.

A £35million extension to Cargill’s Hereford plant to increase the number of chickens it could process was announced around the same time.

According to a Guardian study of publicly available data, the two incidents appeared to be the catalyst for an increase in the number of new chicken sheds being built in the neighborhood.

In Herefordshire, there were 22 applications to build intensive poultry units (IPUs) in 2014, 14 of which were for broiler chickens. That number has grown to 1.4 million birds per year on county farms.

(Pictured: Want to build a chicken coop? Here’s everything you need!)

The county’s bird population grew by more than a third between 2013 and 2017, from 13 million to 18 million, as the scale of what was already an intensive poultry farming center expanded further. .

Paul Withers, Professor of Catchment Biogeochemistry at Lancaster University, said: “You can say without a doubt that there is [the significant rise in chicken numbers in 2014] will have had an impact.”

The majority of Herefordshire’s 18 million chickens are produced by Avara Foods, which Cargill and other partners jointly own. This company is currently the third largest poultry producer in Britain.

A planning expert who handled a large number of additional hangar requests said Cargill’s need to fulfill larger orders was the reason for the area’s massive development from 2013.

According to a land agent who has handled applications to build new sheds, “I think the difficulties we have in this part of the globe have all been generated by putting in way too many at once,” he said. she said in an interview with Ph.D. researcher Alison Caffyn. “The work they promised to do for Tesco has caused a little public relations disaster.”

“It would be incorrect to claim that any customer would influence the transformation of the business to the extent suggested,” an Avara Foods spokeswoman said.

According to Helen Hamilton, a planning and environmental consultant who has worked with anti-UIP advocacy groups for ten years, Herefordshire council could not understand the long-term effects of Cargill’s expansion. He failed to consider the cumulative impact of so many birds and their waste in a tiny area.

According to Hamilton, “the ripple effect in terms of adding more poultry units should have been obvious”. “This growth was a failed planning approach,” the analyst said. “They had no strategic policy.”

In May, the British government rejected a request by MPs and environmental organizations to ban the construction of new and expanded IPUs in the Wye area.

In March, Powys County Council authorized a PIU which would house an additional 90,000 birds in the River Wye catchment, continuing growth there.

According to the Environment Agency’s Tim Bailey, the River Wye is currently in a “critical condition” due to the amount of poultry and livestock there.

The chair of the River Wye Nutrient Management Board, Herefordshire councilor Elissa Swinglehurst, compared the situation to “trying to drain a bathtub with the taps open”.

We will continue to increase the residual soil load until we reduce the flow of phosphate into the watershed. The taps are always full right now,” she remarked.

According to a representative from Avara Foods, “We fully recognize the difficulties facing the River Wye and are committed to contributing, in line with our wider aim of bringing good food at affordable prices to millions of households, while continuously improving animal welfare and sustainability.

“Avara Foods does not spread waste on the ground, and none of the indoor farms we operate discharge water directly into the watershed. We require full compliance with all laws governing waste management from every farm in our supply chain, and they all have waste management plans.

Council does its job

Herefordshire Council said it had been unable to analyze precisely how new construction would affect the River Wye.

The council could ensure that any future agricultural projects will have a “nutrient-neutral effect” through the planning tool, they noted.

According to a Tesco representative, the company is “committed to doing its part, together with others in the food sector, to ensure the conservation of the River Wye”.

Related article: More than 20 million farm animals in the United States die before they reach the slaughterhouse due to horrific conditions

For more animal news, be sure to follow Nature World News!

© 2022 NatureWorldNews.com All rights reserved. Do not reproduce without permission.