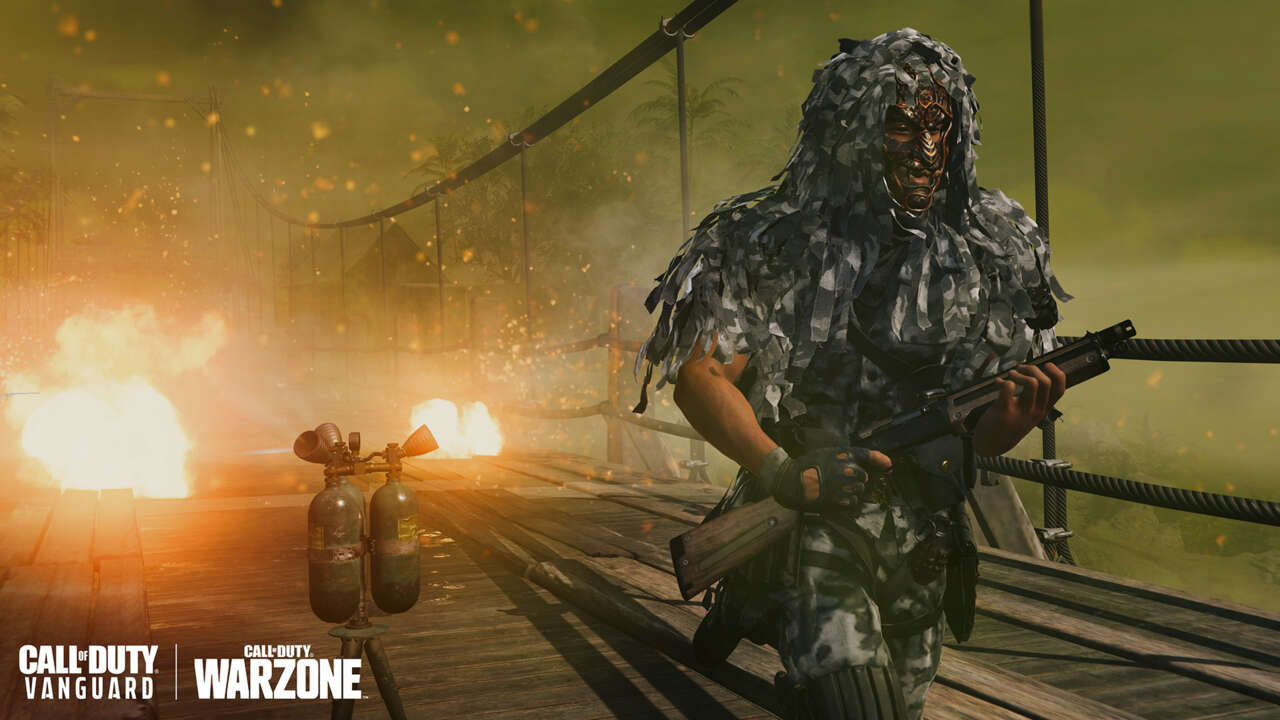 Call of Duty Season 2 is live for Warzone, bringing new points of interest related to chemical warfare and the new gas Nebula V. Here we guide you to the seven Caldera chemical weapons research labs, which are underground facilities containing mysteries and high-quality loot.

The seven labs are fairly easy to locate, as the locations are marked with yellow circles on the map. However, it only marks the general area, so you should always know what you are looking for in those highlighted areas. These are the round metal trapdoors previously found locked on Caldera. There are 13 underground bunker trapdoors on the island, but only seven are unlocked and used for these special chemical labs.

In the southern part of the Docks. The hatch is fairly easy to spot, as it can be discovered out in the open near a truck in the industrial docks area, just south of the shipping docks. It’s near a shopping station.

In the large military bunker just outside the track, which is recognizable as the remastered version of Zombies’ Nacht der Untoten from Call of Duty: World at War. This is a new trapdoor location located in a small room on the ground floor of the building.

The sneakiest chemical weapons research labs are near the Caldera Power Plant. There is a waterfall flowing through the middle of the area. You will find this hatch by going to the waterfall and crossing the left side of the falls. The hatch is located in the mine shaft hidden behind the falls.

This hatch is very easy to spot. Just head to the lagoon on the east coast of the island. Captain Butcher’s crashed plane and the bunker he found in the Caldera Season 1 trailer can be found in the Clear Water Lagoon section of the island’s west coast. It’s near a hut just north of the crash site.

The Resort hatch is located on a small grassy hill. It’s fairly easy to track down this bunker, as the hatch is directly south of the complex’s large yellow clock tower.

The hatch to Plentiful Fields is at the back of the fields. It is behind two giant silos with blue and white stripes. There are more silos on the map, but you’re specifically looking for ones that are white with a blue stripe down the middle.

Some players appear to receive Morse code when interacting with bunkers. Each bunker’s interior is slightly different, but the Plentiful Fields bunker includes a radio that appears to provide snippets of code, meaning this could be the start of a new Warzone bunker easter egg.

These chemical weapons research labs usually offer high-quality loot with items like killstreaks and orange supply crates, but they’re also worth exploring if you’re into Easter egg hunts. We’ll be covering all of the potential easter eggs found in these underground labs. If you’re looking for the best weapon loadouts to use in Warzone, we’ve got a guide for the best loadout recommendations.

GameSpot may earn a commission on retail offers.