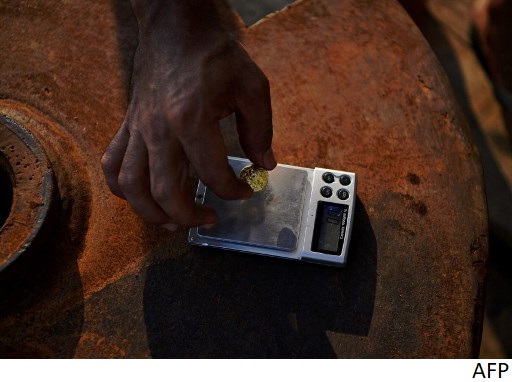 Brazilian prosecutors have called on authorities to take urgent action to tackle illegal mining in the Amazon.

The move comes after dozens of ferries and dredges, allegedly used for illegal mining, were filmed and photographed by local media along the Madeira River in Amazonas state, an area where l mining is prohibited.

Prosecutors called for the use of the armed forces and police to combat the activity and said the footage depicted an invasion by local illegal artisanal miners, known as the garimpeiros, which mine for gold in the region.

“Given the scale of the Garimpeiros invasion, the effective suppression of the activity necessarily requires coordinated efforts on the part of the various government agencies,” prosecutors said in a statement.

President Jair Bolsonaro’s administration is under pressure from investors and world leaders to step up efforts to preserve the Amazon rainforest. Bolsonaro spoke out in favor of mining in the Amazon.

According to the Ibram mining association, studies show that the Amazon has great mineral potential, with more than 40% of the Brazilian territory and deposits of iron ore, manganese, copper, aluminum, zinc, nickel, chromium, titanium, phosphate, gold, silver, platinum and palladium.

Ibram said there are good examples in the northern region of the country showing that legal mining is possible, preventing environmental impacts.

â€œSpecifically in this region, it is worth mentioning two success stories focused on environmental conservation and attention to local communities. Vale, in CarajÃ¡s [ParÃ¡ state] 800,000 ha of native forest preserved. MRN, in OriximinÃ¡ [also in ParÃ¡] conserved around 815,000 ha of biological reserves. In both cases, we have also noticed efforts to promote research, training and new economic activities among local communities, â€said Alexandre Valadares Mello, director of relations with associations and municipalities at Ibram, during a webinar.

Quantification of phosphorus requirements of smallholder agriculture in tropical regions