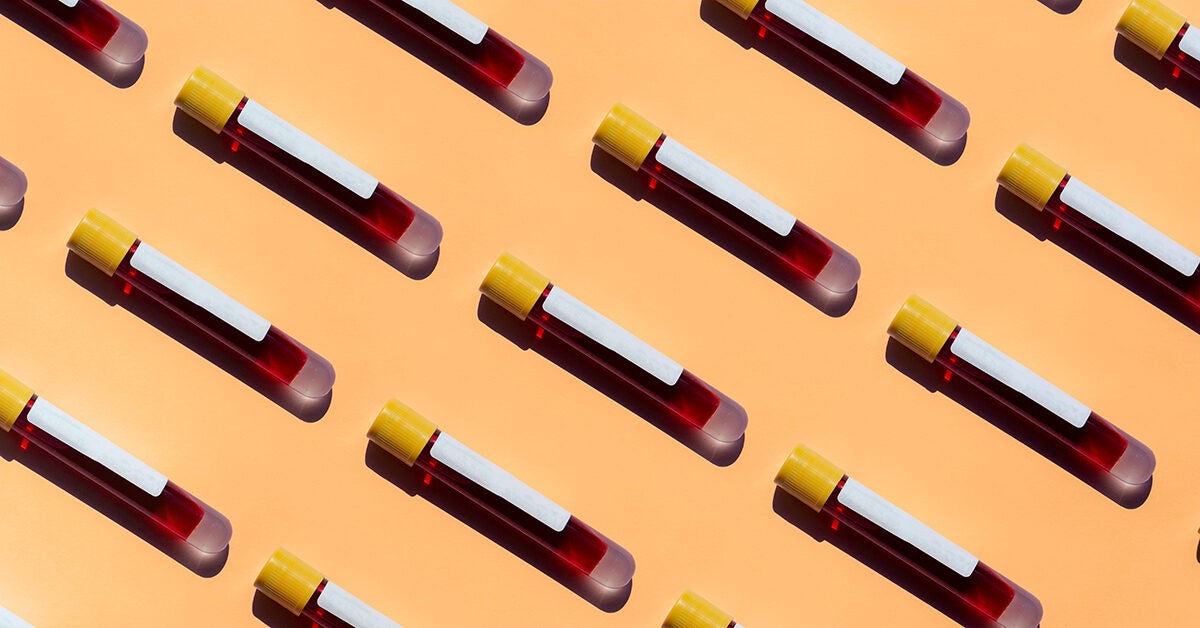 If you are suffering from depression, there are different diagnosis and treatment options available. This could include lab tests.

There is more to depression than just psychological and environmental causes. Biological and genetic factors may also play a role.

Your genetics can influence your chances of developing depression. Genes can also impact how drugs affect you.

As research into depression treatments and diagnosis grows, discussing your medical history and current symptoms with a medical professional remains the standard for diagnosing and treating depression. Still, the biological factors of depression may inspire new options that include routine blood tests.

No, there are currently no lab tests used to predict or determine the best antidepressant for you.

Although the science of testing to prescribe is still developing, obtaining blood work as part of mental health assessments and treatment can still be important.

Laboratory tests could help in monitoring treatment, for example.

This could help determine other aspects of your treatment that might complement the effects of your antidepressants.

“For example, for many gluten-sensitive people, eating wheat can actually cause confused thoughts and depressive behaviors,” says Puopolo. “Understanding this through blood can allow a person to adjust their diet and vitamin intake based on their needs. This alone is reason for someone… with depression or anxiety to consider a blood test .

And while blood tests won’t help you choose your depression medication just yet, genetic testing might.

Pharmacogenomics is the study of how genes affect the response to drugs.

According to Mullen, the field of pharmacogenomics “allows the use of genetics to determine whether certain drugs will be more effective (or, conversely, cause side effects) in individuals.”

“A current test called GeneSight predicts the success of your antidepressant medications [by showing] if there are issues between the person’s genetic makeup and the drugs that would prevent the drugs from working,” says Lombardo.

For example, tests may indicate that you are metabolizing a drug too quickly. If so, it may leave your system before it has had a chance to take effect and you may need a higher or more frequent dose.

Preliminary have shown promising results with the use of GeneSight to guide antidepressant selection, but more research is needed.

Currently, there is no blood test to diagnose depression.

That could change, however, as researchers learn more about how this condition could leave biological clues for diagnosticians.

Clinicians typically arrive at a diagnosis of depression by comparing symptoms to criteria outlined in the Diagnostic and Statistical Manual of Mental Disorders, 5th Edition (DSM-5).

Blood tests are rarely used, and when they are, it’s to rule out other health issues that may explain what you’re experiencing.

Depression causes physiological changes that could be detected in certain blood tests.

Nerve growth factor is a type of protein that plays a role in the growth, maintenance, and function of certain neurons.

Lombardo thinks so. “People in the medical field might be able to use growth factor levels to see how antidepressants work,” Lambardo says.

According to research 2021, people with certain mood disorders have lower levels of brain-derived neurotrophic factor (BDNF), a type of nerve growth factor.

Major depressive disorder (MDD) and bipolar disorder, for example, are associated with significantly low BDNF levels, making a blood test a possible tool for diagnosing and treating these conditions.

The level of BDNF is not the only change in blood samples associated with depression, however.

According to a , ethanolamine phosphate levels also decrease in some people with depression. This would mean the test could help as a diagnostic resource 82% of the time.

Comparing levels of this chemical after starting your antidepressant treatment could also help determine if the drug is helping you.

Additional linked the severity of depression with five plasma metabolites. They are small molecules that are the result or end products of cellular metabolism.

In this case, those that may indicate serious symptoms of depression are:

More studies are needed, but evidence suggests that blood tests to check your metabolite profile could become a screening tool for mood disorders.

Along with information about how you feel, monitoring metabolite levels once you take an antidepressant could also determine if it’s actually affecting you the way it’s supposed to.

Although doctors do not currently use blood tests to diagnose depression or select antidepressant medication, they may do so in the future. Depression can lead to changes in several identifiable markers in laboratory tests.

Blood tests can also identify other causes of depression symptoms, such as food sensitivities. Additionally, tests can estimate your compatibility with different types of antidepressant medications.

Although your healthcare professional may not be able to use blood tests at this time, we have compiled a list of options for treating depression and the types of antidepressants currently available.