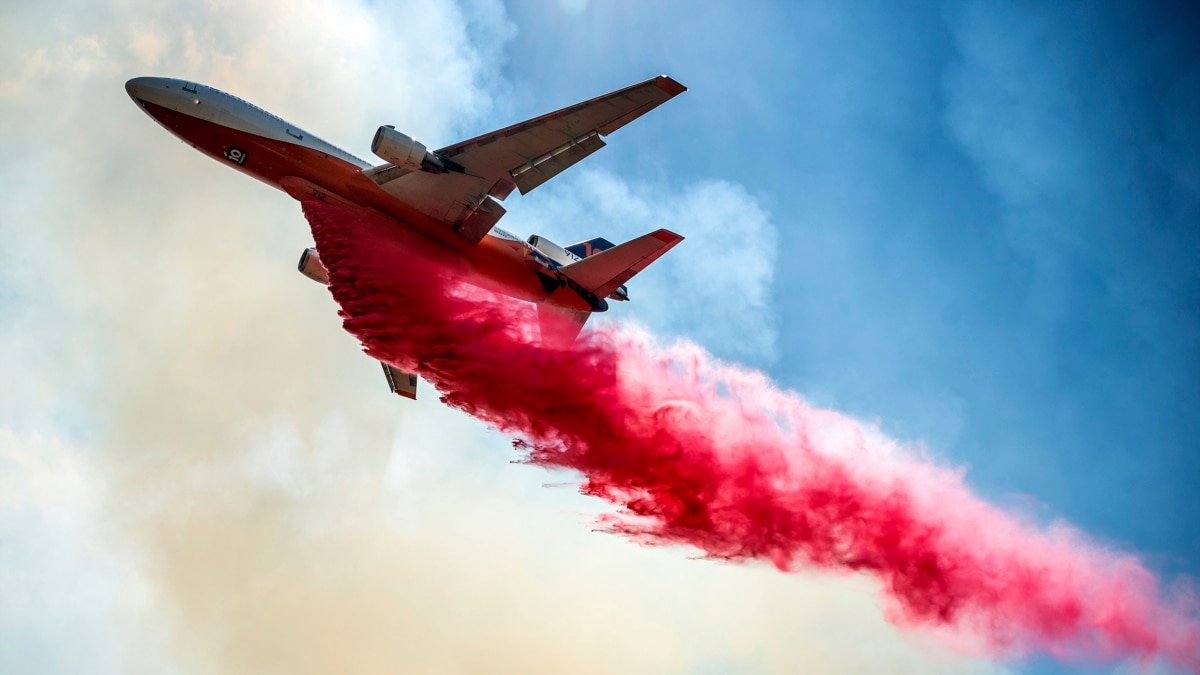 Are chemicals the best way to fight forest fires?

US officials are testing a new chemical mixture capable of slowing the progress of wildfires.

But critics say the Forest Service should spend less on these mixtures known as fire retardants and more on firefighters.

The effects of drought

Much of the American West is facing a drought – a long period of time with very little rain.

The National Interagency Fire Center in Boise, Idaho, reports that so far this year there have been more than 31,000 Forest fires. These fires burned about 13,000 square kilometers.

This number is well above the ten-year average for the same period of about 24,000 forest fires and 5,000 square kilometers burned.

Wildfire seasons have gotten longer as the West has gotten hotter and drier over the past 30 years.

By comparison, in the previous 10 years, the agency used 115 million liters each year.

The US Forest Service said tests that began last summer are continuing this summer with a magnesium chloride-based retarder from Fortress.

Fortress claims that its retardants are effective and better for the environment than other products. Another company, Perimeter Solutions, claims its ammonium phosphate retarders are better.

The main ingredient in Fortress products, magnesium chloride, comes from the Great Salt Lake in Utah. This method and process is more environmentally friendly than phosphate mining and processing, according to the company. Last summer, the Forest Service tested the company’s FR-100, and this summer announced it would be testing a version called the FR-200.

Perimeter Solutions, which has buildings and equipment throughout the American West, has gone through a number of name and ownership changes over the years. Yet it has been the market leader for over 20 years. The company’s Phos-Chek LC-95A is the world’s most widely used flame retardant. The company is switching to a new retarder called Phos-Chek LCE20-Fx. The company said it is made from food-grade substances, which makes it a cleaner product.

But two nonprofit groups say both types of retardants harm the environment. The groups suggest the US Forest Service should spend less on fire retardants and more on firefighters.

Andy Stahl leads Forest Service Employees for Environmental Ethics and Timothy Ingalsbee leads the United Firefighters for Safety, Ethics and Ecology. The two said the ammonium phosphate retarder is a fertilizer that can help invasive plants. They think it might be responsible for some algal blooms in lakes.

Stahl and Ingalsbee said the magnesium chloride retarder is a salt that will limit plant growth where it falls, potentially harming endangered species. species.

Both fear that one or the other of the chemicals will be dropped directly onto waterways. They are concerned about the harmful effects that the retarders could cause to aquatic species.

I am John Russell.

words in this story

fires – not. a fire in a wild area (like a forest) that is not controlled and can burn a large area very quickly

aquatic – adj.. alive or found in or near water

We want to hear from you. We have a new comment system. Here’s how it works:

Every time you come back to comment on the Learning English site, you can use your account and see your comments and replies. Our feedback policy is here.