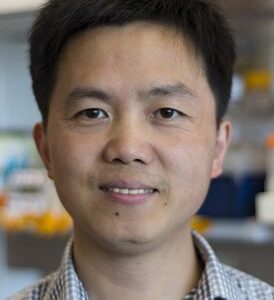 A lysosomal storage disorder, mucolipidosis type II causes edema of internal organs and skeletal dysplasia. Children diagnosed with the genetic disease often die before reaching the age of 7. Now, researchers at the University of Michigan have identified a new gene implicated in the disease, TMEM251, which is necessary for lysosomes to function properly.

Lysosomes are organelles found in all cells of the body except red blood cells, responsible for absorbing and recycling waste produced by your cells. When the lysosome cannot function properly, it fails to recycle these wastes and simply stores them in the organelle.

The team, led by Ming Li, an assistant professor of molecular, cellular and developmental biology, found that if TMEM251 is faulty, it fails to encode the pathway that allows enzymes needed for lysosomes to function properly to move to the cell. interior of the lysosome. The study is published in Nature Communications.

There are around 50 to 60 enzymes inside lysosomes which digest worn cell parts as well as waste material from outside the cell. The lysosome also recycles these waste products (proteins, nucleic acids, carbohydrates, and lipids) into usable material. But for these enzymes to travel inside the lysosome, they need a signal called the mannose-6-phosphate biosynthetic pathway, or M6P.

“It’s like a postage stamp. Enzymes must have this signal to enter the lysosome. If they don’t have M6P, they can’t get into the lysosome,” Li said. “So therefore you still have lysosomes, but not one of them would be functional because they’re missing of these enzymes.

Li’s lab studies the lysosome, and in particular the composition of lysosome membrane proteins. The lysosome has the ability to regulate its own membrane protein by triggering the degradation of these proteins through a process called ubiquitination. This process allows proteins to travel from the lysosome membrane inside the organelle to degrade. The researchers also wanted to understand which genes were responsible for lysosome function and what happens when these genes are faulty.

To do this, the team used a CRISPR knockout screen that knocked out every gene in the human genome at the cellular level, one by one. The researchers were then able to study what happens in the lysosome in response to the deletion of each gene. Specifically, the researchers were looking for genes that might be responsible for lysosome degradation.

“So the game became, why is this gene so important to human health? And why is it so critical for lysosomal function? Li said.

The group discovered that the TMEM251 gene encodes an enzyme that activates M6P, a pathway required by most of the 50-60 digestive enzymes in lysosomes. In a literature review, researchers also found a 2021 paper describing mucolipidosis type II-like symptoms in humans resulting from a faulty TMEM251 gene.

“Our discovery answered the molecular mechanism of this new human disease,” Li said.

The protein encoded by the TMEM251 gene is needed to activate another enzyme called GNPT, which catalyzes the M6P pathway. The researchers also demonstrated that TMEM251 is located in the Golgi apparatus, a structure that forms lysosomes. The fact that both enzymes are located on the Golgi apparatus is consistent with the idea that proteins must work together to add M6P to lysosomal enzymes, Li said. The researchers named TMEM251 as the cleavage and activity factor GNPT, or GCAF.

Co-author Xi Yang said the team is also suggesting a therapeutic strategy to combat the disease in humans. The therapy, which is in its infancy, is based on what they call “enzyme replacement therapy.” The researchers demonstrated that if they delivered the enzyme that contains the M6P modification to TMEM251-deficient cells, this enzyme was able to filter into the cell through a process called endocytosis and be delivered to a defective lysosome.

“We know that the pathogenesis of this disease is because you don’t have a functional lysosome,” said Yang, a research specialist in Li’s lab. “This knockout cell can actually use these functional enzymes endocytosed to rebuild their lysosome and make it functional again. You can rescue the deficiency, at least at the cellular level.

The team recently received a grant from the National Institutes of Health to further study the TMEM251 gene, specifically how the TMEM251 enzyme interacts with the GNPT enzyme to facilitate the genesis of M6P. The team also aims to describe what TMEM251 looks like on a structural level.

/Public release. This material from the original organization/authors may be ad hoc in nature, edited for clarity, style and length. The views and opinions expressed are those of the author or authors. See in full here.